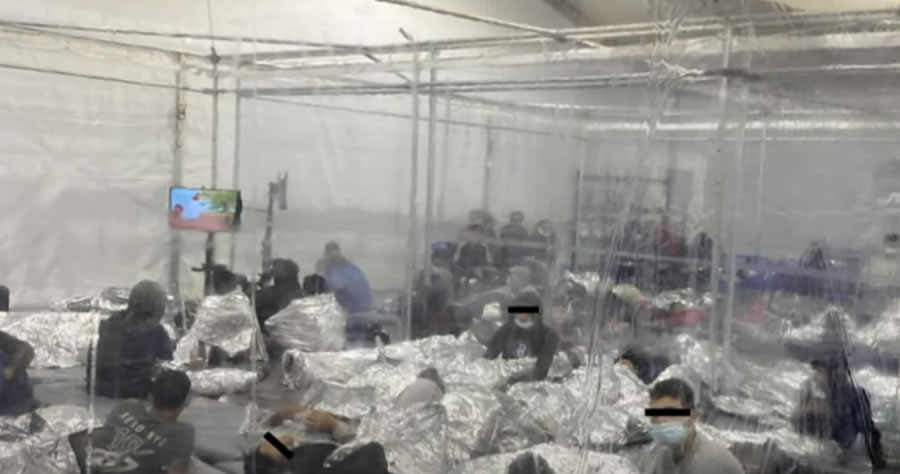 New photos inside one of the Biden administration’s surge facilities at the U.S.-Mexico border show the awful conditions under which migrant children are being kept amid the ongoing illegal immigration crisis.

The photos, shared with Axios by Democratic Rep. Henry Cuellar (Texas), were taken inside a U.S. Customs and Border Protection temporary surge facility in Donna, Texas, and show hundreds of children packed into tiny, makeshift rooms as they await transfer to longer-term facilities operated by the Department of Health and Humans Services. Conditions inside such facilities have previously been described as “grim,” cage-like, and “akin to jails.”