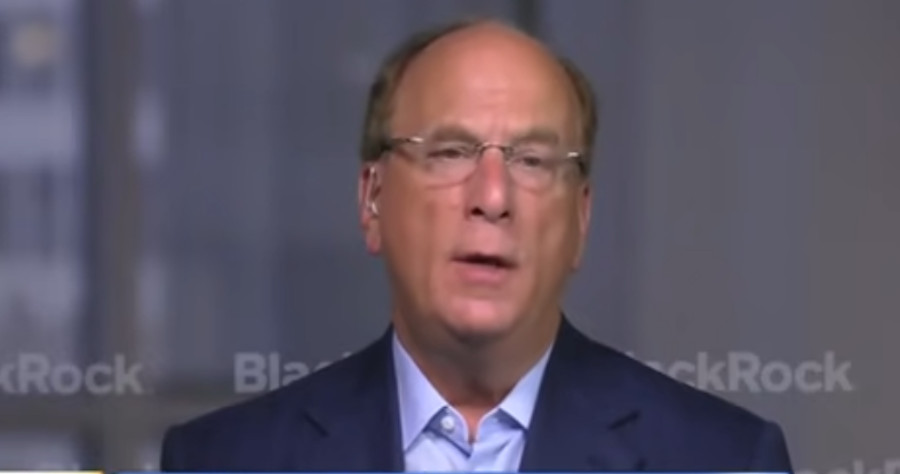 Consumers’ Research has launched a massive campaign targeting investment giant BlackRock and CEO Larry Fink, accusing them of cozying up to the Chinese government.

The conservative nonprofit organization has been engaging in a multimillion-dollar campaign targeting BlackRock and Fink for the company’s forays into China. BlackRock is the world’s largest money manager, and Fink has had considerable sway in the business community because of the firm’s power.

“He calls democracy messy, props up the Chinese Communist Party, praises Xi [Jinping] and his regime known for violent oppression, invests in Chinese military companies. A defector? No. It’s BlackRock’s CEO Larry Fink, the CEO of a major American company who’s gone all-in on China,” the narrator says in the new TV ad, interspliced with photos of the Chinese government.

“Could he be more un-American?” the narrator asks.

BlackRock has faced major scrutiny for its conduct of business in China, which is accused of committing genocide against ethnic Uyghurs. Last year, Fink’s company began tapping into the Chinese market by offering mutual funds and investment products to Chinese investors — the first such foreign-owned firm to be allowed to do so.

The research arm of the company has also encouraged investors to triple their exposure to Chinese assets. Fink’s venture into China has been met with bipartisan condemnation. Billionaire and liberal political philanthropist George Soros, seen as a bogeyman on the Right, called Fink’s move a “tragic mistake.”

On its new website, Consumers’ Research highlights Fink and BlackRock’s ties to Beijing. It also points out controversial remarks the CEO has made about authoritarian regimes.

“Markets don’t like uncertainty. Markets like actually totalitarian governments where you have an understanding of what’s out there … and democracies are very messy, as we know in the United States — you have opinions changing back and forth,” Fink said during an interview with Bloomberg TV.

Consumers’ Research is also paying to have mobile billboards drawing attention to BlackRock’s ties to China driven around New York in Times Square and near the company’s headquarters.

Late last year, Consumers’ Research sent a letter to 10 governors whose states’ public pensions are invested in BlackRock. The letter highlighted each state’s exposure and included a “consumer warning” detailing the money manager’s ties to the country.

West Virginia’s Treasurer Riley Moore recently announced that his state would stop using a BlackRock investment fund. He said that BlackRock “has urged companies to embrace ‘net zero’ investment strategies that would harm the coal, oil and natural gas industries, while increasing investments in Chinese companies that subvert national interests and damage West Virginia’s manufacturing base and job market.”

Will Hild, the executive director of Consumers’ Research, told the Washington Examiner that his group is going to continue to hammer BlackRock as long as it maintains its ties to China.

“We hope BlackRock will see the error of their ways and change, but we’re going to keep coming for them until we see the end of this because it’s too important to the American consumer to go unnoticed,” he said.