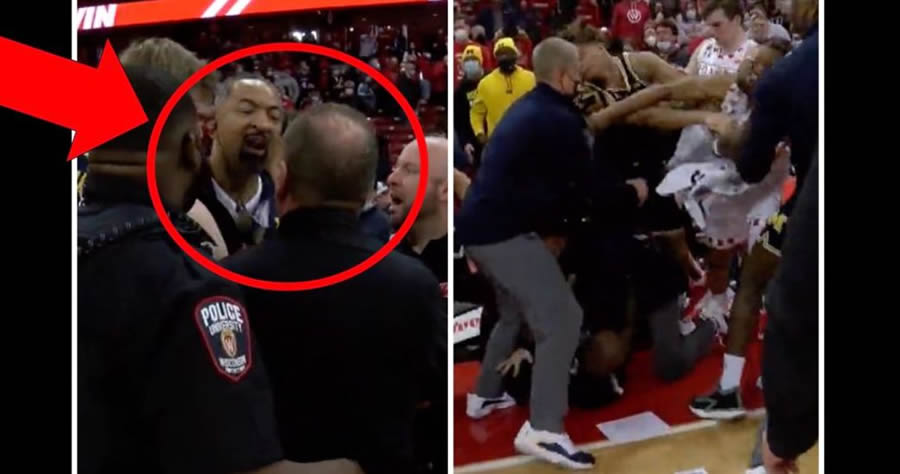 A new video shows the insanity of the Wisconsin/Michigan brawl.

Following the Badgers giving the Wolverines a beatdown, Michigan coach Juwan Howard hit a Badgers assistant after arguing with Greg Gard and all hell broke loose.

In a WKOW video tweeted by @JeannaTrotmanTV, Howard could be heard saying “don’t f**king touch me” to Gard moments before the melee started.

You can watch the new angle below. It makes things look substantially worse for Howard than the original video.

Here’s really good raw video of the aftermath of #Michigan and #Wisconsin. You can clearly hear Juwan Howard say “I’ll remember that” to Greg Gard prior to the altercation.

I don’t know how anyone could watch this and not put all the blame on Howard. Let’s not forget that this all started over a late timeout!