New World Order: Biden Agreement May Give WHO Control Over Your Life and Health 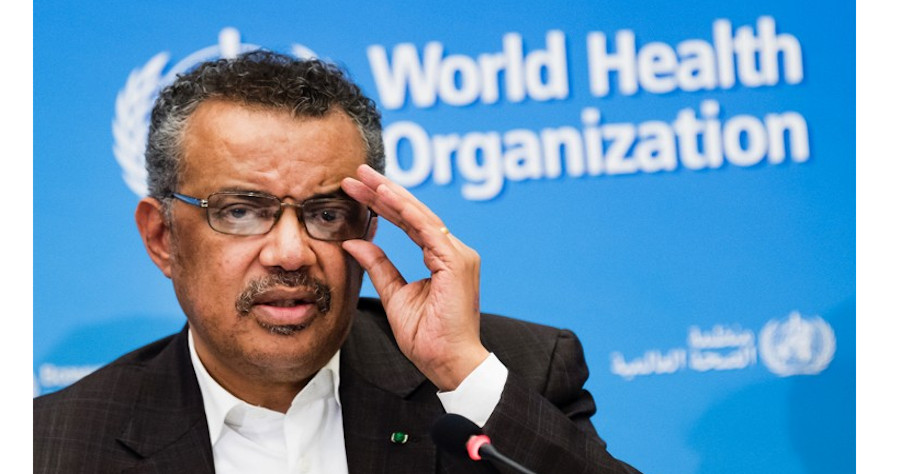 Commit malpractice — gain control. While this doesn’t appear a recipe for success, it absolutely is working for the World Health Organization (WHO). This entity did, after all, claim the coronavirus couldn’t be transmitted person-to-person and then sabotage the investigation into whether the pathogen emerged from a Chinese lab. But this isn’t stopping the Biden administration from forging an agreement that would give the world body control over your life and those of our fellow Americans.

The kicker: The WHO’s head is a Third World ex-(and maybe current) Marxist who, though not a doctor, was given the opportunity to mismanage health crises in his native Ethiopia.

It’s a story that has flown far under the radar despite possibly being one of this year’s biggest developments. As Fox News commentator Tucker Carlson reported Thursday evening:

So, imagine the civil liberties abuses that you lived through during the COVID lockdowns, but permanent and administered from a foreign country. Here’s what we’re looking at tonight. This January, the Biden administration submitted a series of proposed amendments to something called the International Health Regulations (the IHR). Now, the Biden administration’s amendments, along with those from several other countries, will be combined to create a new global pandemic treaty. …That treaty is set to be adopted starting this weekend in Geneva at the World Health Assembly.

Now, the full text of the treaty is not yet finished, but a W.H.O. working group has summarized what it’s going to look like. The document begins by promising to restrict the W.H.O’s authority just to pandemics. Calm down, it’s just pandemics….

So, don’t get paranoid. Someone just needs to coordinate the pandemic response globally because it’s a global problem. Got it? Settle down, conspiracy nut.

But here’s the catch. The World Health Organization gets to define what a pandemic is, when a pandemic is in progress and how long a pandemic lasts. Then you read the fine print and you realize the W.H.O will have total authority over emergency operations in the United States if there’s ever a “public health emergency.” Huh?

What qualifies exactly as a public health emergency? What qualifies exactly as a public health emergency? Well, they don’t define that, but they get to…and then they have total authority. You can see where this is going. Now, the Biden administration has made certain that unelected bureaucrats, the W.H.O., have total authority to declare and define public health emergencies. They did it explicitly. The White House eliminated a provision that would have required the World Health Organization to “consult with an attempt to obtain verification from the state party in whose territory the event is allegedly occurring in.”

So, as originally written, they couldn’t do anything without the permission of their member countries’ governments. But thanks to the change that the Biden administration pushed, effectively there is no limit at all on W.H.O’s power and then it gets worse from there. The treaty also mandates a “whole of government and a whole of society approach to pandemic preparedness.”

Think about that. Every society is always preparing for a pandemic, and that means there will not be a moment ever when the W.H.O. doesn’t have operational control over so-called public health matters in this country.

Carlson makes the point that this isn’t about public health, but public control. As to this, the Biden administration has ensured that the treaty contains a provision for a “compliance committee,” which sounds about as innocuous as a “Disinformation Governance Board” (the currently suspended federal effort to control speech).

As to details, the IHR states that each WHO member must inform the organization “about the establishment of its national competent authority responsible for overall implementation of the IHR that will be recognized and held accountable.” Never mind that having a national authority enforcing these rules would be unconstitutional in the U.S. Our government would nonetheless be sanctioned if it didn’t enforce this foreign body’s diktats.

Moreover, the WHO is headed by a tool of the Chinese government named Tedros Adhanom Ghebreyesus. Once a member of Ethiopia’s Marxist-Leninist Party, the obedient apparatchik was allowed to lead his native country’s health ministry even though he’s not a physician (appointing unqualified co-ideologues is typical of corrupt nations). Once there, “for political reasons, he covered up three cholera outbreaks,” Carlson reminds us, because they affected “disfavored groups.” (So he shares our Left’s identity politics passions.)

Tedros also tried to appoint fellow socialist Robert Mugabe as an international goodwill ambassador for public health; Mugabe is the murderous racist who, as the leader of Zimbabwe, reduced the once-prosperous nation to an utter failure. Tedros does have his friends, though — Anthony Fauci praised him as “an outstanding person.”

Carlson also avers that the WHO treaty