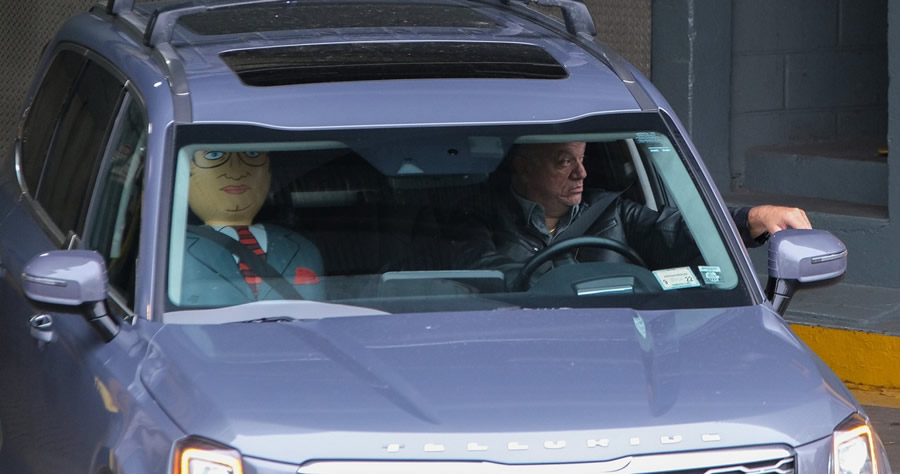 A Metropolitan Transportation Authority manager in New York City is being accused of using an inflatable doll to skirt high-occupancy vehicle lane rules during his daily commute, the New York Post reported.

The outlet confronted Giulio Divirgilio, a general superintendent at the MTA Buses department, as he pulled into his Brooklyn office building Wednesday morning, snapping several photos of the manager and his blown-up passenger seated inside his Kia Telluride.

The dummy looks like a middle-aged businessman wearing glasses and a gray suit. The outlet — as well as several social media commenters — immediately drew comparisons between Divirgilio’s dummy and “Otto Pilot,” the inflatable doll featured in the 1980 comedy “Airplane!”

In the Post’s pictures, the dummy was seen seated upright in the passenger seat and secured by a seatbelt strap.