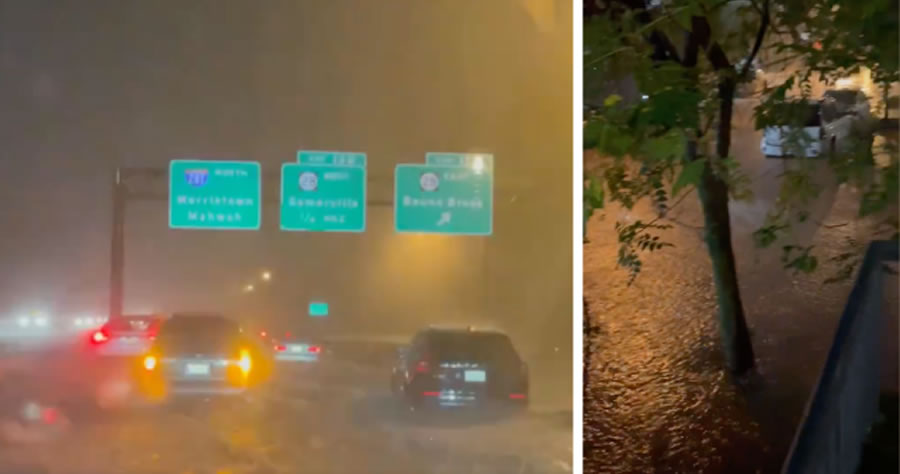 The New York subway stations were submerged in water on Wednesday night, as flash flooding turned platforms and stairwells into waterfalls as the century-old system ground to a halt.

The remains of Hurricane Ida left a path of destruction in New Jersey, tearing homes to pieces. The storm swept through NYC, flooding apartments and turning streets into rivers from Park Slope to the Cross Bronx Expressway.

At least a half dozen subway trains stuck between stations were evacuated, according to the MTA, which said service remained “very limited” Thursday morning due to historic rainfall which dumped as many as six inches of rain on the city in a matter of hours.

At least four people were killed in Brooklyn and Queens after being trapped in basements when the floodwater surged, according to law enforcement sources.

JUST IN 🚨 All subway services in New York city suspended due to severe flooding pic.twitter.com/00p4BR4Alu

This is what happens when you have a neglected 100+ year old subway system and throw in a flash flood emergency. pic.twitter.com/rzYWunp05B