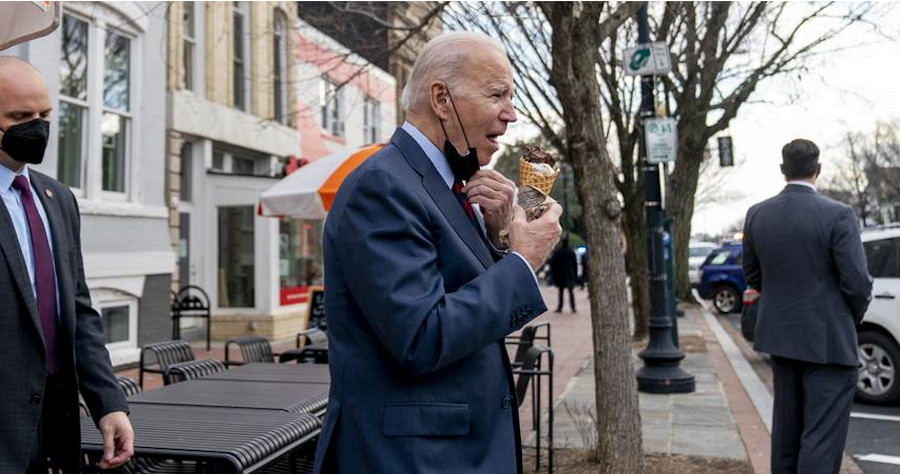 It goes without saying that most columnists at the New York Times are about as “in touch” with the concerns of average Americans across the country as CNN’s Brian Stelter is in touch with cold, hard reality when it comes to the goings-on in the Biden administration.

Most notably we see this with Paul Krugman, whose Nobel Prize in economics sits somewhere collecting dust while he continues to regale us with tall tales about how the American people are apparently too stupid to understand that the economy is not that bad or something, even though gas in some parts of the country is over $6 a gallon and costs for staple items in grocery stores are skyrocketing to the point people are having to scale back their shopping lists dramatically.

But we’re going to leave Paul Krugman alone for a moment and instead focus on his colleague Thomas Friedman.

While Friedman isn’t as well known as Krugman is for mindlessly spouting off gibberish spin in hopes of making Democrats (and himself) look knowledgable and competent, he nevertheless gave Kruggie a run for his money this week in a column where he recapped a recent lunch date he had with President Joe Biden. In the process,

Friedman unintentionally reaffirmed the gross disconnect between the Biden White House and the American people as well as how Biden is ridiculously over-sheltered by his infamous handlers.

Check out how it started out:

President Biden invited me for lunch at the White House last Monday. But it was all off the record — so I can’t tell you anything he said.

I can, though, tell you two things — what I ate and how I felt after. I ate a tuna salad sandwich with tomato on whole wheat bread, with a bowl of mixed fruit and a chocolate milkshake for dessert that was so good it should have been against the law.

The rest of it was a desperate plea by Friedman to get Americans to believe that Biden is not only misunderstood but is treated unfairly by Fox News and so-called “Big Lie” Trump Republicans, 10% of whom Friedman says Biden needs to win over in order to be able to govern effectively.