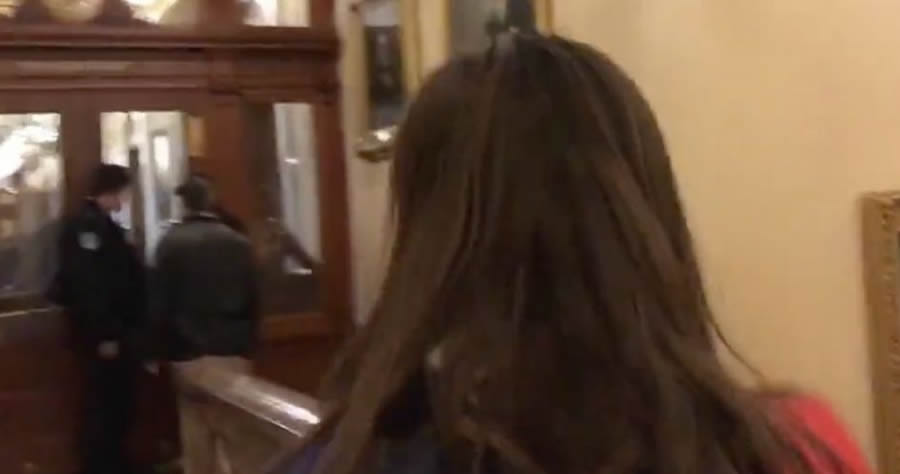 New footage released on Wednesday reveals the moments leading up to when Ashli Babbitt attempted to pass through the broken glass of a barricaded interior door leading into the Speaker’s Lobby.

The footage, taken by independent journalist Tayler Hansen, shows Babbitt walking through the building, approaching the door guarded by three police officers at around 2:40pm. She is seen conversing with the officers.

“I’m hoping that over a year later my video helps clear up what really took place outside the Speakers Lobby on January 6th,” Hansen told The Post Millennial.

“We didn’t know anything about the building we were in. She turned the corner and I just followed her,” Hansen told The Epoch Times. “A big group of people followed us after I followed her. People just kind of emerged on the door. By that time, she was stuck in the corner. She was literally trapped there.”

NEW— Corrupted video footage shows the moment Ashli Babbitt and I arrived at the Speakers doors.

(You can also hear me offer Yetter a water bottle since he’s covered in powder from the crowd control munitions they were throwing) pic.twitter.com/spm8ijVZak