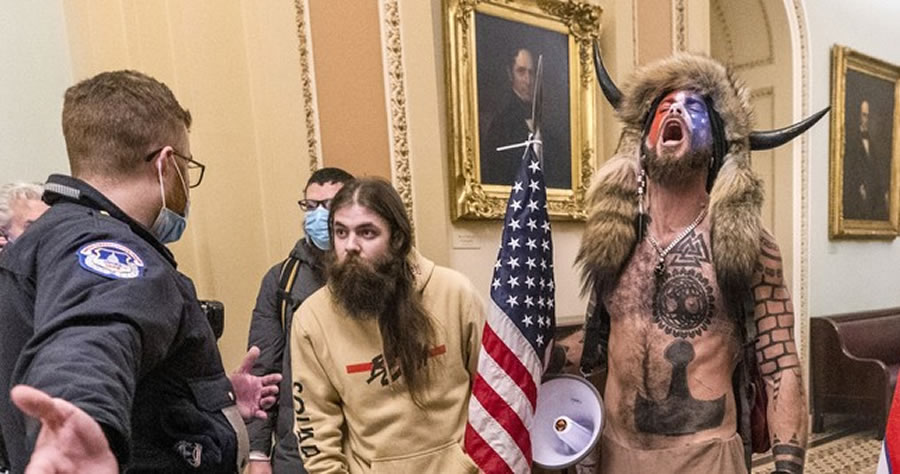 As a die-hard New York Giants fan, I hate the Redskins. Yes, they’re the Washington Redskins; I refuse to accept their new politically correct term. Yet, defensive coordinator Jack Del Rio’s take on the January 6 riot is pretty much how everyone who isn’t a frothing progressive feels about the event. It’s based. It’s sure to infuriate the liberal media, so you know it’s the correct opinion.

He called the riot a “dust-up” compared to the summer-long wave of rioting, looting, and arson that we saw in 2020. He’s not wrong (via WaPo):

In a post-practice meeting with reporters, Washington Commanders defensive coordinator Jack Del Rio minimized the Jan. 6 storming of the U.S. Capitol building by calling it a “dust-up” in comparison to the racial justice protests that followed George Floyd’s death in 2020.

“I can look at images on the TV [of the Floyd protests] — people’s livelihoods are being destroyed. Businesses are being burned down. No problem,” he said. “And then we have a dust-up at the Capitol, nothing burned down, and we’re going to make that a major deal. I just think it’s kind of two standards, and if we apply the same standard and we’re going to be reasonable with each other, let’s have a discussion. That’s all it was [on Twitter]. Let’s have a discussion. We’re Americans.”

Del Rio, 59, has been outspoken on Twitter in each of the three offseasons he’s been a Commanders coach, often on conservative political issues.

“Anything that I ever say or write, I’d be comfortable saying or writing in front of everybody that I work with, players and coaches,” Del Rio told reporters Wednesday. “I express myself as an American; we have that ability. I love this country, and I believe what I believe, and I’ve said what I want to say. Every now and then, there’s some people that get offended by it.”

"I can look at images on the TV, people's livelihoods are being destroyed, businesses are being burned down, no problem. And then we have a dust up at the Capitol, nothing burned down, and we're going to make that a major deal." pic.twitter.com/99mF3uxUTD

I asked Jonathan Allen about Jack Del Rio’s tweets – it’s a smart answer to a complicated question – “At the end of the day you can a difference of opinion and still respect one another” pic.twitter.com/mvVl0X0l5G