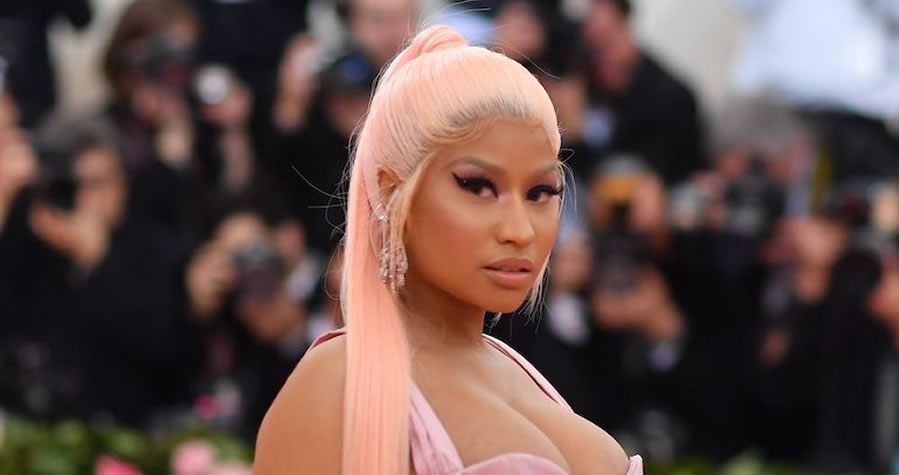 “Ball-gate” just stopped being funny. Nicki Minaj, who has been under fire for spreading anti-vaccine misinformation over the past week, is now doxxing and threatening a reporter who reached out to her relatives in Trinidad for comment on the story. Nicki posted photos and shared the WhatsApp phone number of the reporter on her Instagram Story, calling the reporter “a dirty hoe” and claiming that her family is hiding out from reporters.

Nicki shared WhatsApp screenshots of the conversation via her cousin in which the texter identifies themselves as a Guardian reporter named Sharlene Rampersad and asks whether he’s the cousin Nicki referred to in the original tweet. Although there’s no way to confirm that the text actually came from the named reporter, the texter asks to speak with Nicki’s cousin, and if possible the friend whose wedding was supposedly canceled due to adverse reactions to a COVID vaccine, as Nicki’s original tweet suggested.

However, this reporter crosses a line by intimating that a competing outlet, CNN, is also pursuing an interview. The texter suggests that CNN would reveal personal information about the cousin — something against the journalistic integrity policy of any legitimate news outlet — and assuring that the Guardian would not. Aside from being the dirtiest of dirty pool, this sort of thing isn’t common practice at most outlets and is actually against the law in many jurisdictions.

Nicki Minaj reveals her family in Trinidad is being harassed by reporters following her comments regarding the COVID-19 vaccine.

“They’re forcing my family to have to hide out. This is what speaking up looks like. Millions of poor people are treated this way…” pic.twitter.com/LgmtetxF6t

Is it you? Lemme know b4 I start. @TriniReporter