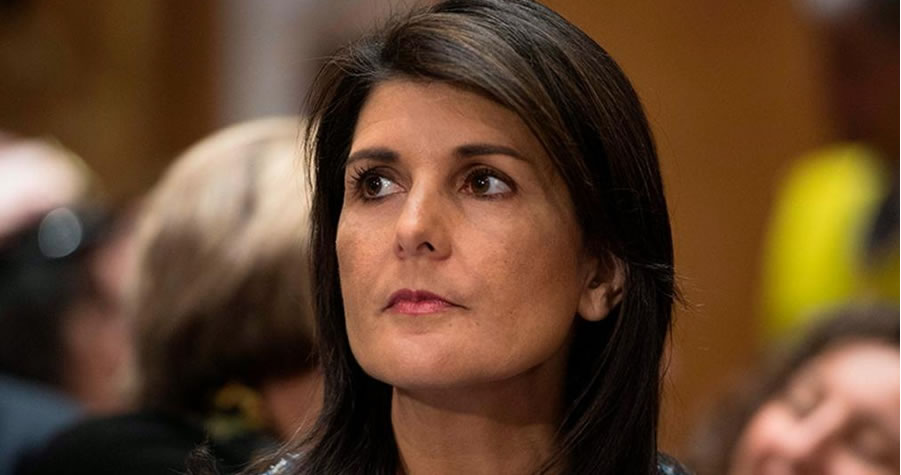 Former U.N. Ambassador Nikki Haley said Tuesday she would consult with former President Donald Trump before beginning a run for the White House despite disagreeing with him about the outcome of the 2020 election, The Wall Street Journal reported.

Haley, a former South Carolina governor, was expected to discuss the Republican Party’s future during her appearance at the Ronald Reagan Presidential Library in Simi Valley, California, on Tuesday night.

Calling Trump a friend, Haley likely would “navigate around” the former president’s role in the GOP, the Journal reported.

“He has a strong legacy from his administration,” Haley told the Journal. “He has the ability to get strong people elected, and he has the ability to move the ball, and I hope that he continues to do that. We need him in the Republican Party. I don’t want us to go back to the days before Trump.”

Haley told the Journal that last year’s presidential election included “fraud … but I don’t think that the numbers were so big that it swayed the vote in the wrong direction.”

Following the Jan. 6 attack at the U.S. Capitol, Haley criticized Trump and his supporters for blaming the election loss on election fraud in several battleground states.

“His actions since Election Day will be judged harshly by history,” Haley said at the time. “It’s deeply disappointing.”

In April, however, the 49-year-old Haley said she wouldn’t embark on a 2024 bid if Trump decided to run.