Nikki Haley: John Kerry ‘Disgusting,’ – He Should Be Off Security Council [VIDEO] 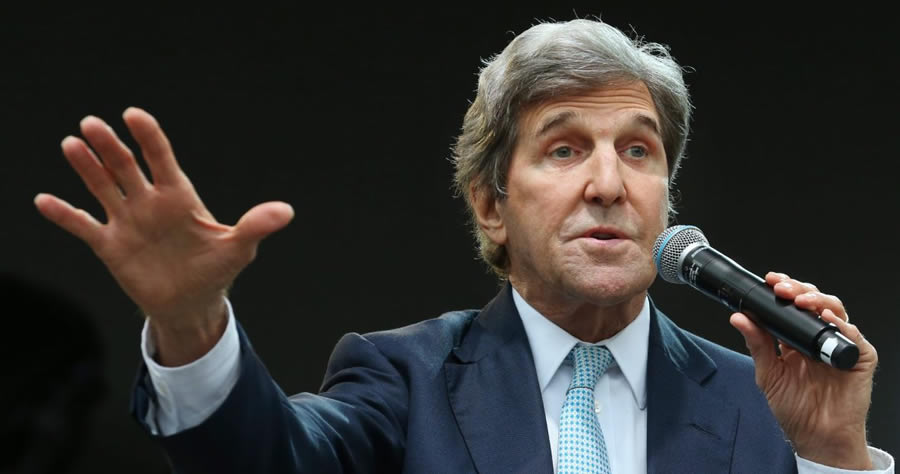 Nikki Haley, former U.S. ambassador to the United Nations and ex-South Carolina governor, on Monday called President Joe Biden’s special climate envoy, John Kerry, “disgusting” and said he should be yanked off the National Security Council for revealing to Iran information on military operations that had been conducted by Israel.

Appearing on Newsmax TV, Haley was incensed at a report that Iran Foreign Minister Mohammad Javad Zarif told an Iranian academic – in a conversation that was recorded – that Kerry, as secretary of state under President Barack Obama, disclosed details on some 200 incidences in which Israel attacked Iranian targets in Syria.

“This is truly horrifying,” Haley said on “Rob Schmitt Tonight.” “I mean the idea that Kerry would do this is appalling in its own right, but Biden and Kerry have to answer for this. He should not be sitting on the National Security Council. He shouldn’t be involved with any of our foreign policy if this is what he does.

“And then the worst part is to stab our ally Israel in the back, and take up for Iran, who’s the largest state sponsor of terrorism? It’s … ludicrous.”

The alleged disclosure was detailed in a New York Times story, which obtained a copy of the audio recording. The result: a series of condemnations directed at Kerry, who was involved in the Joint Comprehensive Plan of Action, or JCPOA – better known as the “Iran nuclear deal.”

Kerry has denied the claims by Zarif, taking to Twitter on Monday to bluntly call them “unequivocally false.”

But Haley seemed unconvinced by Kerry’s version of events, suggesting that it fit a pattern set by Obama and his vice president, Joe Biden.

“You know, it goes back to Obama that says ‘Obama 2.0,” Haley said. “Obama loved Iran. I mean and he took it to Israel every chance he got and they’ve been humiliated by them right until the very end. And you know, now we’re watching. Basically, Biden’s falling all over himself to do business with Iran again, which is just everyone around the world is not going to understand why.

“Biden is doing this, but really to do. This to our friend Israel is just disgusting. It is unbelievable. It doesn’t make any sense.”