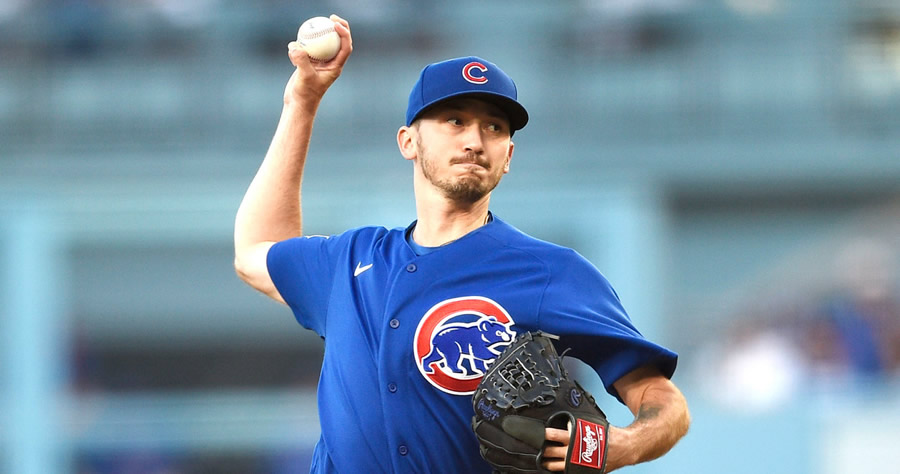 LOS ANGELES — Zach Davies and three Chicago Cubs relievers combined for the seventh no-hitter in the majors this year, blanking the Los Angeles Dodgers 4-0 Thursday night and tying the record for most in a single baseball season since 1900.

The Dodgers drew eight walks, getting at least one from each Cubs pitcher, but managed no other baserunners.

Davies (5-4) issued five walks and used 94 pitches to get through six innings against the defending World Series champions in the 16th start of his first season with the Cubs.

Chicago relievers Ryan Tepera and Andrew Chafin each walked a batter during their lone inning, but Los Angeles couldn’t capitalize.