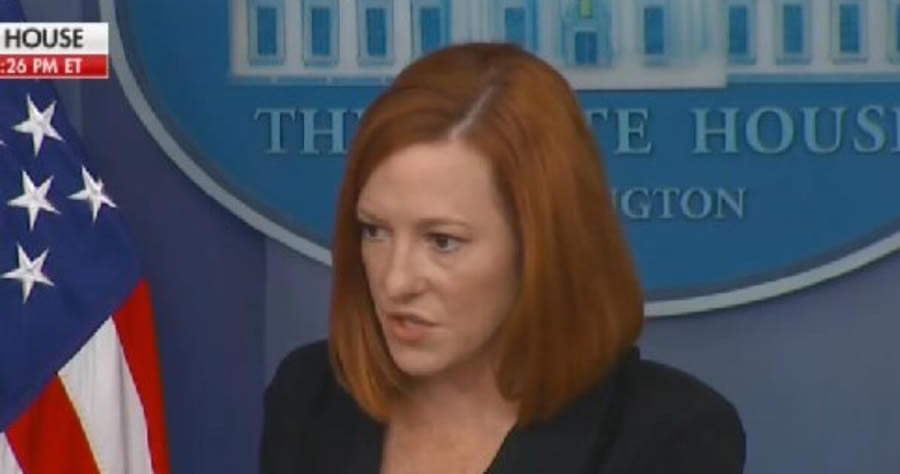 White House press secretary Jen Psaki was scorched Monday after she invoked President Biden’s personal losses and grief while answering a question on the botched drone strike in Afghanistan that took out a family of ten, including seven children.

“Following up on the drone strike last week that the Pentagon now admits was a tragic mistake. What was the president’s response when he learned about that?” CBS News reporter Ed O’Keefe asked Psaki.

“Well, the president was briefed on Friday morning about the report that was going to be released and put out, I would say, first, the president’s view, and all of our view, is that the loss of any civilian life is a tragedy, as was, as was made clear in the comments by the secretary of Defense, by General McKenzie, this was done in error. And clearly, the investigation that will continue is something the president broadly supports,” she defensively remarked.

“So, as a human being, as a president, as somebody who has overseen loss in a variety of scenarios, both as a leader and personally, it is his reaction is it’s a tragedy and every loss is a tragedy, and he supports the efforts to, the effort to move this forward as quickly as possible and to have a thorough investigation,” Psaki asserted.

Psaki invokes Biden’s dead son & daughter as proof he emphasizes w/the families of the Afghans that the U.S. government accidentally droned to death: “As a human being, as a President,. as somebody who has overseen loss…as a leader & personally, his reaction is it’s a tragedy” pic.twitter.com/Co3N32s0yY