Candace Owens On Chauvin Guilty Verdict: ‘No person can say this was a fair trial’ [VIDEO] 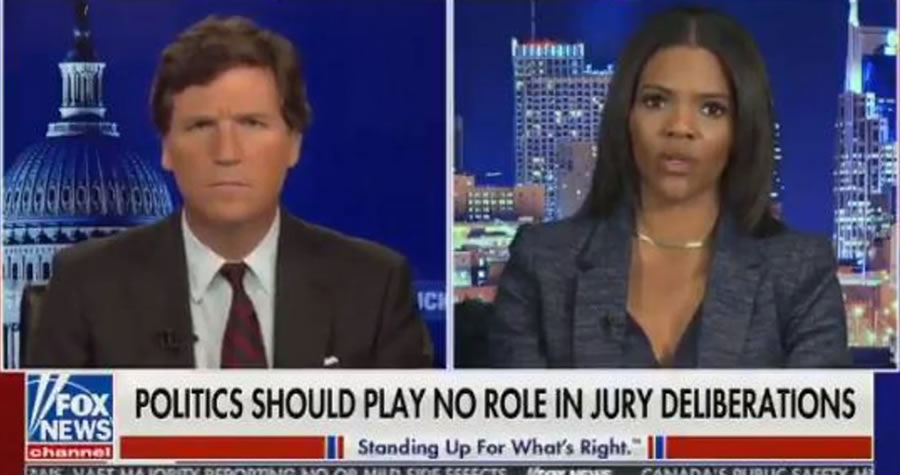 Chauvin was convicted Tuesday afternoon on all three counts including second- and third-degree murder charges in the death of George Floyd, who died last year after the ex-cop was seen on video kneeling on his neck for more than nine minutes during detainment.

Tuesday evening, Owens joined Carlson to provide her take on the outcome of the trial, telling the host, “What we’re really seeing is mob justice, and that’s really what happened with this entire trial.”

“This was not a trial about George Floyd or Derek Chauvin,” she argued. “This was a trial about whether the media was powerful enough to create a simulation and decide upon a narrative absent any facts.”

“You know, the media came out — let’s not forget this, Tucker — the media came out and told us that this was a man who was just getting his life together, he was a good member of society, and he got mixed up because a racist, white police officer had it out for him and killed him. All of that fell apart…we now know, of course, that he had enough fentanyl in him, it was three times the lethal dosage — three times the lethal dosage — in him when he died. But nobody cares because the media was successful in putting out a narrative and they kept hitting that narrative.”

Owens went on to say that “the reason Democrats are happy is because they realize, of course, the media supports them and [that] now means that Democrats can get whatever they want because they can create a narrative and then they can treat people like pawns and basically get them to say, ‘if we don’t get what we want, we will riot, we will loot, we will send these people out like soldiers to destroy neighborhoods.’ And that is exactly what has happened.”