‘No, You f**king Idiot… They Just Laugh In Your Face’: UN Chief Complains To Taliban About Treatment Of Women 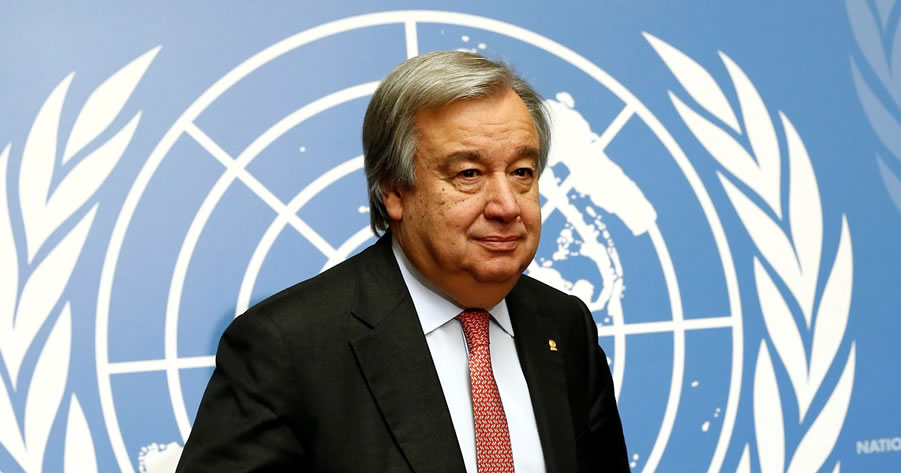 On Monday, UN Secretary-General Antonio Guterres, who apparently believes that words alone will make violent extremist groups abandon their ways, complained about the Taliban, whining to reporters, “I am particularly alarmed to see promises made to Afghan women and girls by the Taliban being broken. I strongly appeal to the Taliban to keep their promises to women and girls and fulfill their obligations under international human rights and humanitarian law.”

“Broken promises lead to broken dreams for the women and girls of Afghanistan,” Guterres continued, “Eighty percent of Afghanistan’s economy is informal, with a preponderant role of women. Without them, there is no way the Afghan economy and society will recover.”
One solution Guterres proposed: Give the Taliban money. He said, “We need to find ways to make the economy breathe again. This can be done without violating international laws or compromising principles. I urge the world to take action and inject liquidity into the Afghan economy to avoid collapse.”

International rights groups including Amnesty and Human Rights watch have reported extra-judicial killings and abductions, despite an amnesty declared by the Taliban for government workers. Hundreds of women judges went into hiding as the group seized power in August. Some scrambled to leave the country during the US-led evacuation in August, others were left to face their fate in Afghanistan.

Critics blasted Guterres for his Pollyannish approach. Political pundit Stephen Miller: “Samantha Power tried this with a Russia at the UN. ‘Have you no shame’ No, you fucking idiot. They don’t, and they just laugh in your face.”

Samantha Power tried this with a Russia at the UN. "Have you no shame" No, you fucking idiot. They don't, and they just laugh in your face.