Nobody Asked For This Video Of Chuck Schumer Attempting To Rap, And Yet It Exists 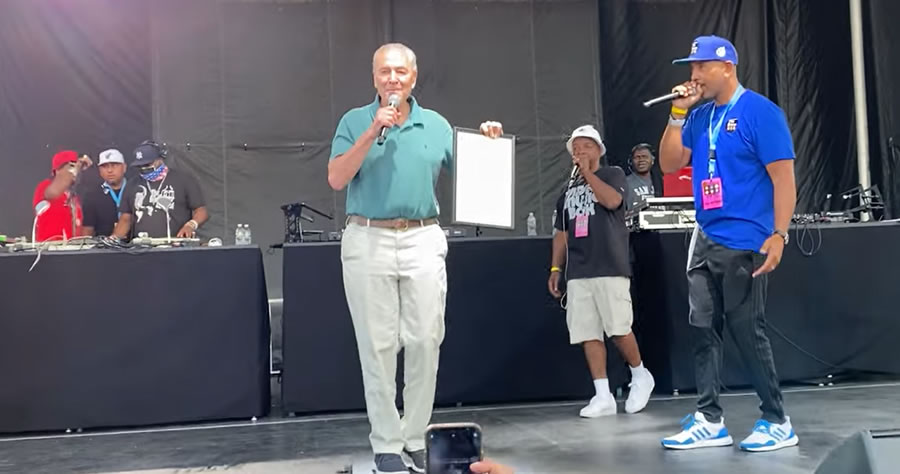 Senate Majority Leader Chuck Schumer rapped Monday on the stage of a hip hop concert in the Bronx, New York.

A video capturing the bit with the senator’s performance shows Schumer walking on the stage, holding a plaque.

“You got some bars, Chuck?,” Bronx Borough President Ruben Diaz Jr., who had been rapping at the time, asked Schumer.

“I got the bars, I got the plaque, I got the music, we got it all! We are the Bronx!,” Schumer rapped and lifted the mic up.

Other artists on the stage can be seen laughing and recording Schumer’s gig on camera.

Schumer and Diaz Jr. were not the only elected officials at the Monday concert, titled “It’s Time For Hip Hop.” Democratic New York City Mayor Bill de Blasio was also in attendance, according to WNYW.