‘Nobody was ever tougher on Russia than me’: Trump says he’d be speaking to Putin to avoid WWIII [VIDEO] 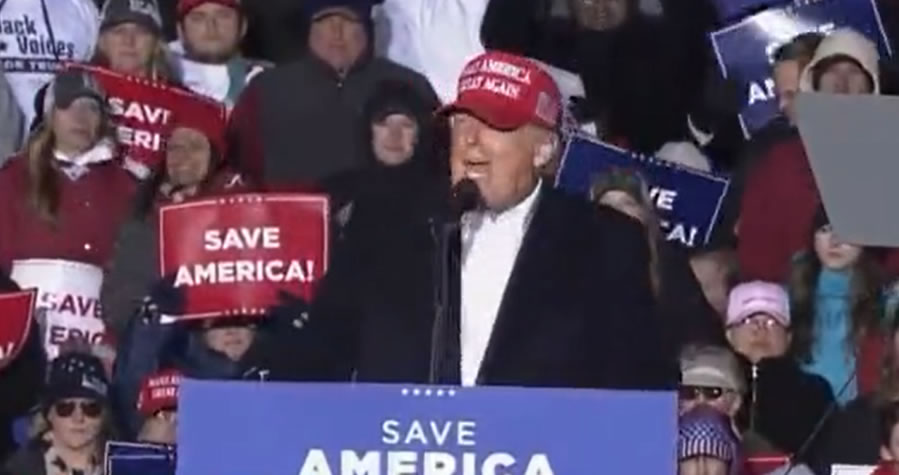 Russia would not have invaded Ukraine if Donald Trump were in the White House, the former president insisted during a rally in South Carolina.

“This could lead to WWIII. I see what’s happening, because if you think Putin’s going to stop, it’s going to get worse and worse. He’s not going to accept it, and we don’t have anybody to talk to him. You had somebody to talk to him with me,” Trump told the crowd in Florence, South Carolina on Saturday night.

“Nobody was ever tougher on Russia than me,” he continued, adding, “I’m the one who stopped the pipelines,” referencing the Nord Stream II gas pipeline from Russia to Western Europe.

The ex-president was heavily criticized last month after he appeared to praise Putin’s invasion of Ukraine, calling the aggressive move “genius,” “smart” and “savvy.”

“Russia would not have annexed one inch of Ukraine’s territory if I was in the White House,” he said.

“I stand as the only president of the 21st century that Russia did not invade any other country and neither did anyone else,” he said. “We had peace through strength because the world was calm because America was strong.”