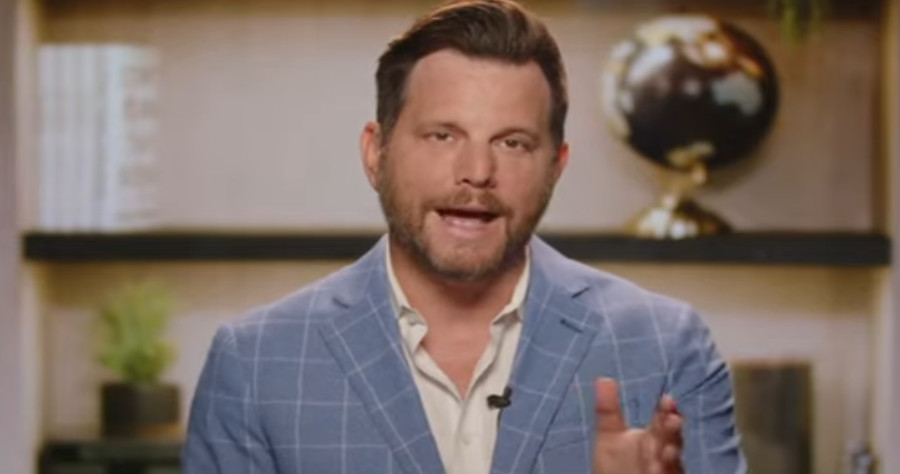 As LGBTQ activists are mobilizing with media and celebrity allies to define Florida’s Parental Rights in Education bill as the “Don’t Say Gay bill,” politically nonconforming gays are standing up for community rights to shield students in grades K-3 from inculcation with woke sexual and gender identity narratives.

On Tuesday, Florida Democratic state Sen. Gary Farmer of Broward County tweeted a picture of himself with tape over his mouth and the word ‘gay’ written on it.

“This ‘Don’t Say Gay’ thing — it’s completely ridiculous,” said commentator Dave Rubin, referring to the pejorative label activists and their legacy media allies use for Florida’s Parental Rights in Education bill. “The media has lied, as they lie about absolutely everything else.”

“Hi Senator,” began the BlazeTV podcast host. “As a new Floridian I’d love to have you on my show to discuss why you want a state employee to talk to a 1st grader about sexuality and then be able to hide that conversation from the child’s parents. Let me know when you’re available!”

Hi Senator. As a new Floridian I’d love to have you on my show to discuss why you want a state employee to talk to a 1st grader about sexuality and then be able to hide that conversation from the child’s parents. Let me know when you’re available! https://t.co/o979APswcC

On Thursday’s episode of “The Rubin Report” podcast, Rubin criticized the media, Democrats, and celebrities for their characterization of the Parental Rights in Education bill.

“This ‘Don’t Say Gay’ thing — it’s completely ridiculous,” said Rubin. “The media has lied, as they lie about absolutely everything else.”

He played clips of Florida state legislators and a CNN reporter criticizing the bill as anti-LGBT.

Rubin discussed the main features of the bill, including provisions which would:

require schools to notify parents of changes to the health or wellbeing of their child;
prohibit schools from encouraging the withholding of information from parents about their child’s health unless it may result in abuse;
prevent classroom instruction on sexual orientation or gender identity in grades K-3;
allow parents to access their child’s student and health records;
let parents refuse school healthcare services;
and require parental permission for health screenings.

“Imagine saying to a first grader, ‘Talk to me about your feelings about sexual identity, or your gender’ or any of that stuff,” Rubin said. “It’s absolutely psychotic, we all know it is, but the media just lies and lies about everything.”

Retweeting “Star Wars” actor Mark Hamill’s tweet repeating the word ‘gay’ multiple times with a rainbow emoji, Rubin responded with a clip from his podcast explaining the bill, saying, “Here’s what’s actually in the bill, Mark. PS: The Force is weak with you.”

The pro-LGBT Log Cabin Republicans celebrated the passage of the bill. “This is a victory for parents rights in their kids’ education and a loss for the media and the Left, from Biden on down, who spent weeks lying and spreading misinformation about this bill,” President Charles Moran said in a statement Tuesday. “There is nothing ‘anti-gay’ about prohibiting Leftist teachers from indoctrinating children as young as five with sexual and gender identity theories in the classroom. Democrats know they are on track to lose power in November and were desperate to change the subject to a culture war built on a lie.

“Log Cabin is proud to have supported this bill and worked with our partners in the state legislature to get it over the finish line, and we will continue to support common sense efforts to remove Woke ideology from the classroom and strengthen parents rights in education.”

#WalkAway campaign founder Brandon Straka, a gay former liberal, took aim at what he views as the LGBT lobby’s misrepresentation of the bill. “The despicable liars who control & profit from the LGBT Oppression Industry have named a FL bill the ‘#DontSayGay’ Bill,” he tweeted, “knowing most LGBT ppl will never read it.”

Florida Gov. Ron DeSantis (R) was confronted by a journalist on Monday who noted that critics called the bill the “Don’t Say Gay” bill.

“Does it say that in the bill?” the governor fired back. “I’m asking you to tell me what’s in the bill because you are pushing false narratives. It doesn’t matter what critics say.”

When the journalist claimed that the bill bans classroom instruction on sexual orientation or gender identity, DeSantis noted that it was for young children.

“The idea that you wouldn’t be honest about that, and tell people what it actually says, it’s why people don’t trust people like you because you peddle false narratives,” he said. “And so we disabuse you of those narratives. And we’re gonna make sure that parents are able to send their kid to kindergarten without having some of this stuff injected into their school curriculum.”

The Walt Disney Company, which employs thousands of workers in Florida at its Orlando resort, initially declined to take a stance on the bill, but has since reversed itself after facing left-wing backlash.

Disney CEO Bob Chapek had a call with DeSantis on Wednesday regarding the bill and plans to meet with the governor to discuss his concerns, according to The Los Angeles Times.

Chapek announced Wednesday that Disney was pledging $5 million to the Human Rights Campaign and other LGBT rights groups. However, the lobbying organization rejected the donation, condemning the entertainment company’s initial neutrality on the bill as a “regrettable” choice “to stay silent amid political attacks against LGBTQ+ families in Florida,” reported show business bible Variety, embracing LGBTQ activists’ pejorative label for the legislation.