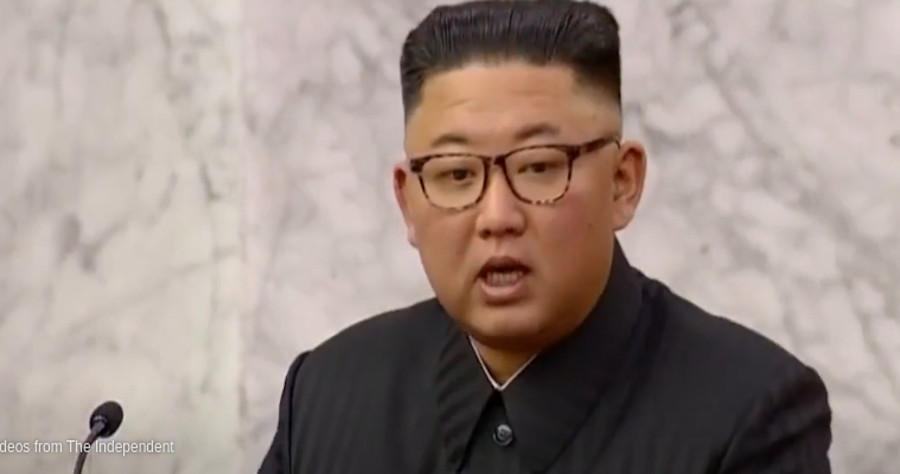 As if international tensions weren’t already high enough given the ongoing wars in Ukraine and Yemen, and the steady creep of rising subvariant-induced COVID infections in the west, North Korea on Thursday carried out what’s believed to be its first ICBM test in more than four years, ratcheting up tensions with South Korea and the US to the highest level since the summer of 2017.

What’s more, the missile launched by the North on Thursday is believed to be the largest ICBM ever tested by the country, and comes after a failed test earlier this month.

The launch occurred as President Biden and other leaders of NATO states gathered in Brussels for back-to-back-to-back summits with NATO, the EU and the G7 where his hopes of convincing the Europeans to ratchet up economic sanctions on Russia will likely collide with their reluctance to risk supplies of Russian energy.

The suspected ICBM reached an altitude of 6,000 kilometers (3,728 miles) and traveled a distance of 1,080 kilometers (671 miles) with a flight time of 71 minutes before landing in the waters off Japan’s western coast, Japan’s Defense Ministry revealed in a press conference held after the launch.

Given the high altitude reached by the missile, the Japanese believe it is a “new type of ICBM”. Japan’s Vice Defense Minister Makoto Oniki said the missile landed inside Japan’s Exclusive Economic Zone, 170 kilometers (106 miles) west of Cape Tappi on the northern tip of Japan’s main island of Honshu, Oniki said.

Thursday’s launch is North Korea’s 11th of the year, including one on March 16 which is presumed to have failed, and its longest-range test since November 2017

As one might imagine, the South Koreans “strongly condemned” their neighbors to the North for violating their self-imposed moratorium on ICBM testing. Moon said Pyongyang was causing a “serious threat” to the Korean Peninsula as well as the international community. Of course, Moon will soon be succeeded by President-elect Yoon Suk Yeol, a conservative anti-North hawk, who won a bitter electoral battle when South Koreans went to the polls earlier this month.

Japanese Prime Minister Fumio Kishida also condemned the launch, speaking to reporters in Belgium: “It is a reckless and unacceptable act, and I strongly condemn it.”

Defense analysts scrutinizing the launch said the new ICBM may be a new generation of missile with the capacity to easily reach the continental US, according to CNN.

“North Korea appears to have conducted a ‘lofted’ missile test. This is a tactic often employed by them to test longer range systems without more provocatively overflying another country,” said Joseph Dempsey, research associate for defense and military analysis at the International Institute for Strategic Studies in London.

He said the preliminary data of Thursday’s test indicate it could be a Hwasong-17, a much larger ICBM than the Hwasong-15 tested in 2017.

Kim Dong-yub, a professor at the University of North Korean Studies in Seoul, said data indicates Thursday’s missile could have a maximum range of about 15,000 kilometers (9,320 miles) — theoretically putting it within reach of the continental United States, depending on the weight of the warhead it would carry — and about 3,000 kilometers (1,864 miles) further than the Hwasong-15.

Despite the potentially extended range, Kim said Pyongyang has still not demonstrated it has mastered the technology required to enable a warhead to successfully re-enter the Earth’s atmosphere into the final stages of flight.

Pyongyang has conducted 10 other missile tests since the start of the year, more than in all of 2021. The North has also carried out multiple rounds of artillery tests over the weekend.