‘Nothing Personal, Pal’: Biden Calls Doocy To ‘Clear The Air’ After ‘Stupid Son Of A Bitch’ Insult [VIDEO] 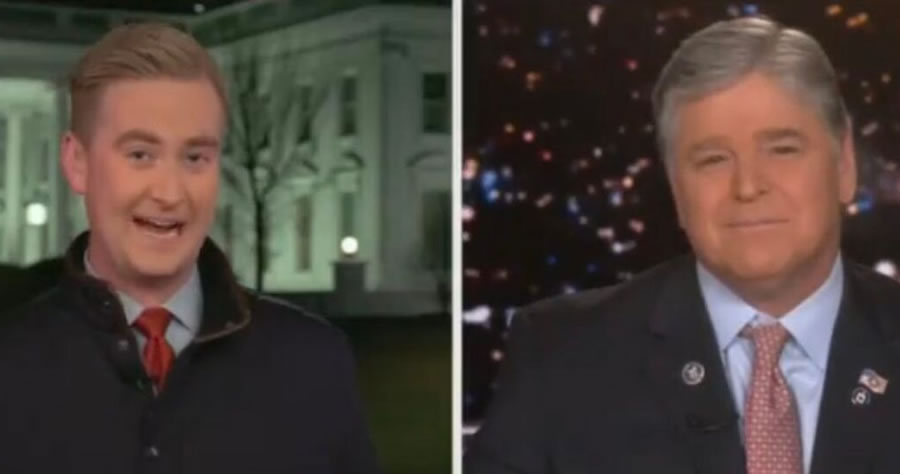 Fox News White House correspondent Peter Doocy said President Joe Biden contacted him to “clear the air” after snapping at him during a Monday press conference with the Competition Council.

As reporters were being ushered out of the briefing, Doocy attempted to ask Biden a question about inflation and its potential “political liability” in the upcoming midterm elections. In response, the president could be heard calling Doocy a “stupid son of a bitch” through the microphone.

Doocy told Fox News anchor Sean Hannity that the president contacted him via cell phone “within about an hour” of the briefing to “clear the air” by telling him the remark was “nothing personal.” The president reportedly encouraged Doocy to continue to ask about a variety of issues at future press conferences.

“I made sure to tell him [Biden] that I’m always going to try to ask something different than what everybody else is asking and he said ‘you’ve got to,’” Doocy told Hannity. “And that is the quote from the president, so I will keep doing it.”

Peter Doocy: "I made sure to tell [Biden] that I'm always going to try to ask something different than what everybody else is asking & he said, 'you've got to.' And that is the quote from the President, so I will keep doing it." pic.twitter.com/3uoxpnE9J1

Hannity asked Doocy whether Biden apologized for the earlier remark. He said he wanted to be a “negotiator” by initiating a 20-minute sit down between Doocy and the president.

“He did clear the air and I appreciate it,” Doocy replied. “We had a nice call.”

“He–that’s not an answer. Did he apologize? That doesn’t sound like an apology,” Hannity said.

“He said, ‘it’s nothing personal, pal,’” Doocy responded. “I told him that I appreciated him reaching out. Hey, Sean, the world is on the brink of, like, World War III. With all the stuff going on, I appreciate that the president took a couple minutes out this evening while he was still at the desk to give me a call and clear the air, but I don’t need anybody to apologize to me.”

Doocy: "[T]hey keep calling on us at the briefing & [he] said, 'nothing personal, pal' and I — I think that's enough. That's enough, so we can move on. We can now move forward. There will be years — three to seven years of opportunities to ask him about different stuff." (6/6) pic.twitter.com/IlQLYuXfii