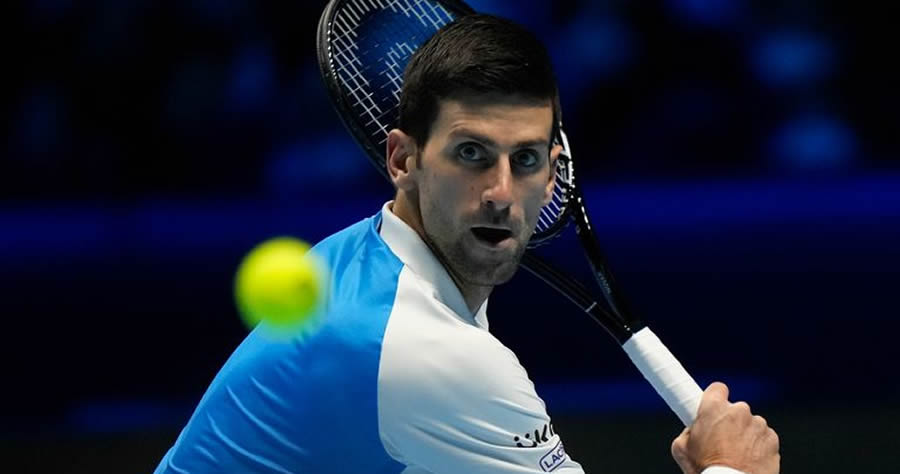 UPDATE:
Novak Djokovic’s Australian Open hopes look to be in tatters as he was sensationally barred from entering the country.

Having arrived in Melbourne, the nine-times champion was told he could not get in due to issues with his visa, and evidence supporting his vaccine exemption.

A statement from Australia’s Border Force said: ‘Mr Djokovic failed to provide appropriate evidence to meet the entry requirements to Australia, and his visa has been subsequently cancelled.’

It added that ‘non-citizens who have had their visa cancelled will be detained and removed from Australia’.

Djokovic, who had been detained at the city’s airport for more than eight hours while the matter was investigated, swiftly issued a legal challenge to the ruling.

However, that is only expected to be heard when he is back in Europe, and he was due to be sent home on a flight on Thursday.

With feelings running high, his father Srdjan accused Australian authorities of ‘holding my son captive’ before the decision was finally made. Even Serbia’s President Aleksandar Vucic became involved, ringing the country’s leading sports star to express his solidarity.

The medical exemption from receiving the COVID-19 vaccine granted to tennis star Novak Djokovic is creating quite the stir.

On Tuesday, the Australian Open announced that Djokovic’s medical exemption had been accepted, allowing the world’s number one player to compete in the tournament beginning January 17.

“Novak Djokovic will compete at the Australian Open and is on his way to Australia,” the tournament said in a statement.

“Djokovic applied for a medical exemption which was granted following a rigorous review process involving two separate independent panels of medical experts,” the tournament continued. “One of those was the Independent Medical Exemption Review Panel appointed by the Victorian Department of Health. They assessed all applications to see if they met the Australian Technical Advisory Group on Immunisation (ATAGI) guidelines.”

Yet, there are still hurdles for Djokovic to leap over before he’s officially able to compete.