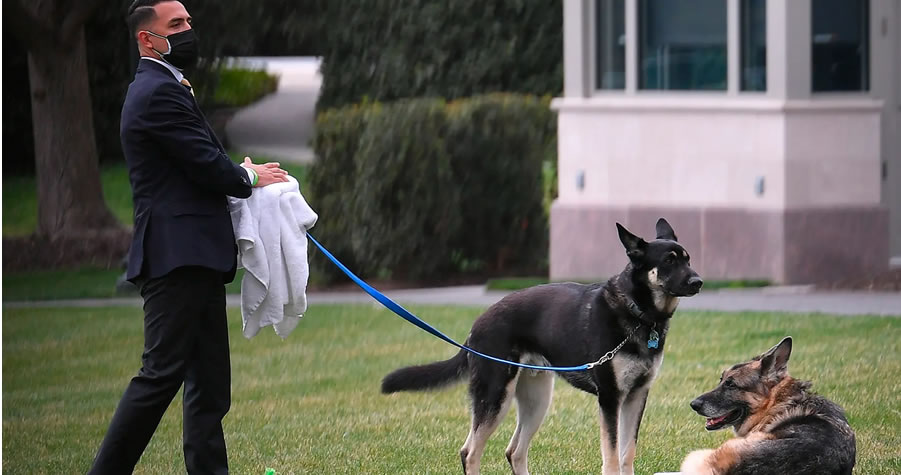 The records, released in response to a Freedom of Information Act lawsuit by Judicial Watch, show that attacks occurred both earlier and later than previously known.

They also show internal discord at the Secret Service, which has been embroiled since last week in a bizarre infiltration scandal that involves at least four agents.

White House press secretary Jen Psaki acknowledged just one biting incident at a briefing on March 9, 2021, saying that one day earlier “the first family’s younger dog, Major, was surprised by an unfamiliar person and reacted in a way that resulted in a minor injury to the individual.”

The March 8 bite actually was the final attack in an eight-day streak and the wounded agent — whose injuries were categorized as “severe” by a colleague — fumed about Psaki’s spin.

“NO I didn’t surprise the dog doing my job by being at [redacted] as the press secretary just said! Now I’m pissed,” the agent wrote to a coworker.