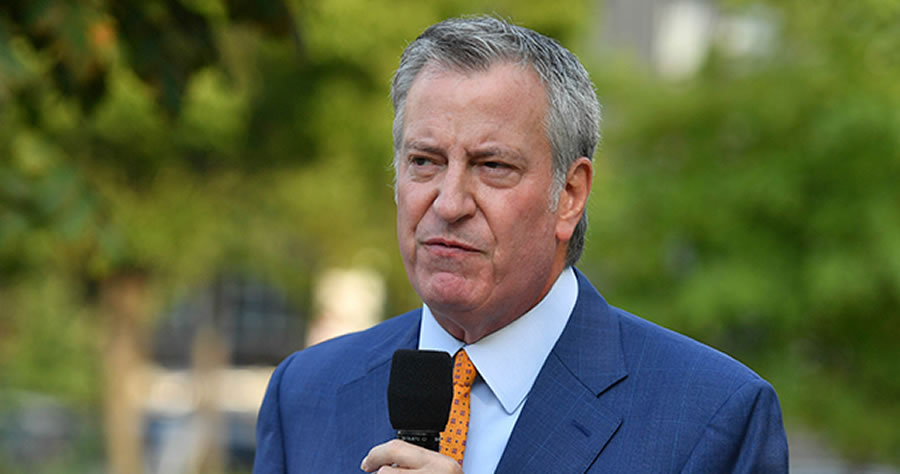 One of the leaders of Black Lives Matter’s Greater New York chapter slammed Mayor Bill de Blasio for the city’s vaccine mandate, explaining the “mandate is racist and specifically targets black New Yorkers,” in a statement to Fox News.

“Although Mayor Bill De Blasio ran on progressives values, nothing in his tenure will attest to his campaign promises,” Newsome explained to Fox. “The September 13th vaccine mandate is racist and specifically targets Black New Yorkers. The vaccination passports are modern-day Freedom Papers, which limit the free will of Black people.”

“The vaccination mandates infringe upon the civil liberties of the Black community,” she told Fox. “It’s more than where we can dine or enjoy entertainment, it will result in loss of income. As of Monday, September 27, Black health care workers and educators will lose their jobs.”

She explained in her statement that de Blasio is, “fully aware of the hesitancy and distrust people of African descent have about vaccination and their interactions with government and law enforcement,” she told Fox News. De Blasio “chose to disenfranchise and force the very people who elected him into poverty and second-class citizenship,” according to Newsome.