NY Mayor Adams declares WAR on gun violence: ‘It’s us against the killers’ 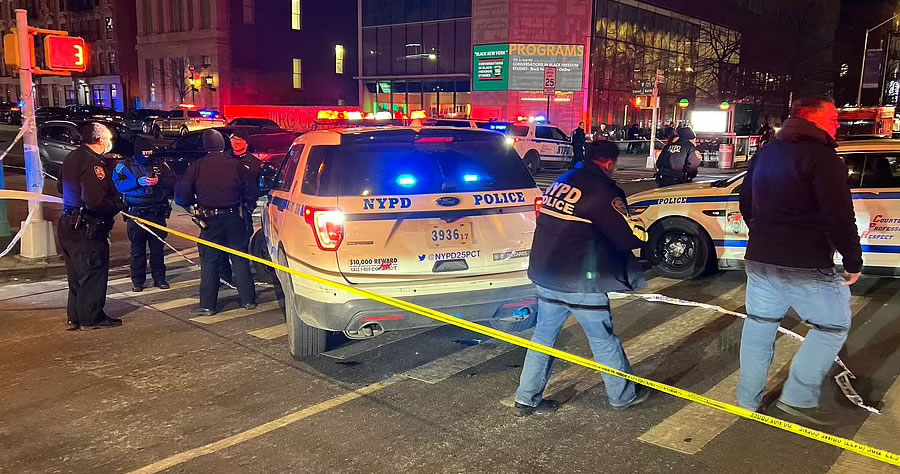 A rookie New York City police officer has been shot and killed and his partner is fighting for his life after responding to a domestic violence call in Harlem.

Jason Rivera, 22, who grew up only five miles from the shooting and signed up a little over a year ago, in November 2020, died in the attack. His partner Wilbert Mora, who joined the NYPD in 2018, is currently fighting for his life.

The gunman, Lashawn J. McNeil, 47 – who was out on probation at the time – was shot and injured by a third officer, after he tried to flee the house. He was in surgery on Friday night.

Eric Adams, the mayor of New York – an ex NYPD officer, who only took office three weeks ago – angrily declared at the Harlem hospital that the violence must stop.

‘It is our city against the killers,’ he said.

The officers’ deaths are the first under Adams, who was elected in part to combat the city’s surging crime, and the first shooting deaths of an NYPD officer since July 2017.

They are the fourth and fifth officers shot so far this year – by comparison, last year, a total of 10 police officers were shot in the entire state of New York.

Patrick Lynch, the president of the Police Benevolent Association, the largest municipal police union in the world representing 50,000 active and retired officers, excoriated the city’s leaders for not doing enough.

Lynch has been highly critical of the new Manhattan District Attorney, Alvin Bragg, who announced on taking office at the beginning of the month that he would not prosecute certain crimes.

Lynch said on January 4 that he had ‘serious concerns about the message these types of policies send to both police officers and criminals on the street.’

On Friday night, he was furious, and pointed the finger firmly at Bragg and his policies. 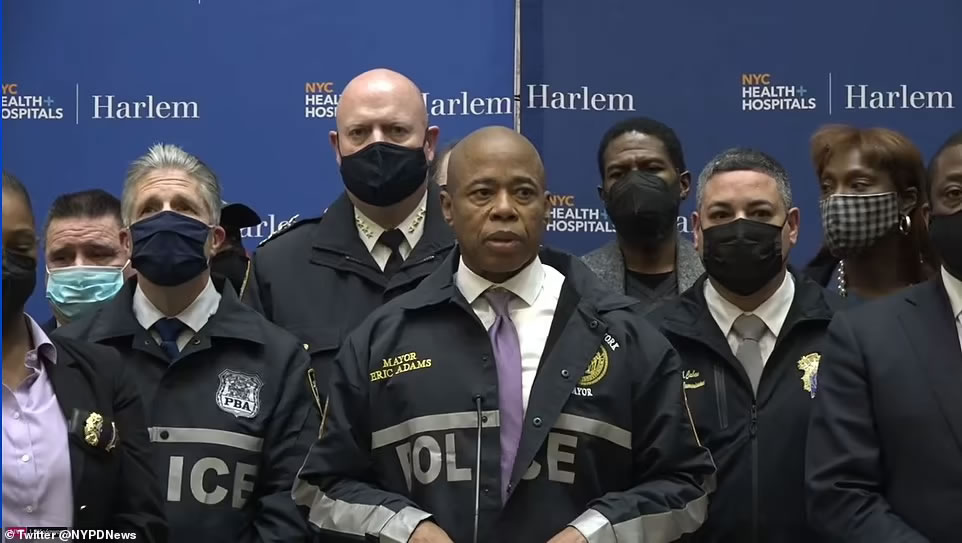 ‘Our hearts are broken, we’re in shock, our knees are buckling,’ he said.

‘And we’re angry, because we’ve been here before.

‘We’re angry, because we saw it coming.

‘We’re angry, because we said it would happen – and it happened again.’

Devastating footage showed the officers’ colleagues rushing them to hospital after McNeil – who has been arrestd in three states – opened fire, using a stolen Glock 9mm gun, which was recovered at the scene.