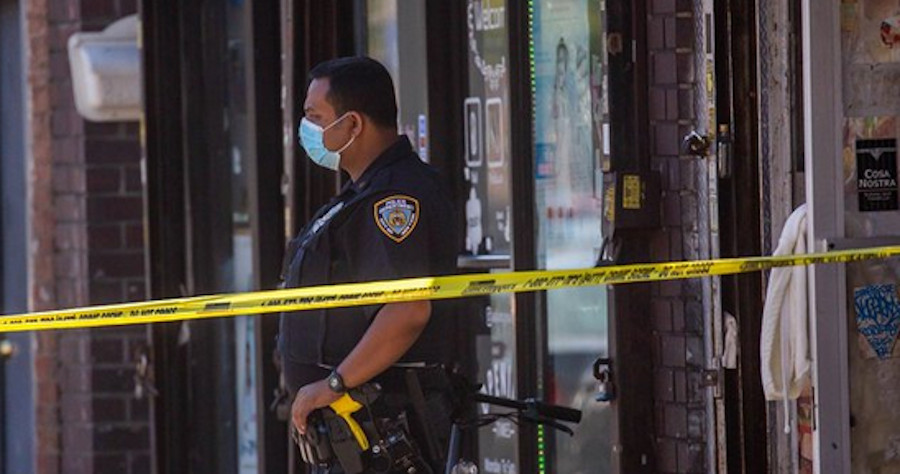 Repeat offenders are fueling a crime wave in New York City, according to an NYPD report that is no surprise to police, residents and criminals alike.

For the first three months of 2022, crime rose a stunning 44% in the five boroughs that comprise New York City, according to NYPD data released April 6.

The increase came in every category except murder, NYPD data shows. See the details:https://t.co/W4JABsFRtn

“It’s clear what we are confronting: A perception among criminals that there are no consequences, even for serious crime.”

The increase came in every category except murder, which ticked down from 105 killings in 2021 to 96 killings in the same period of 2022, according to NYPD data.

The most significant fact in this crime report is that the number of repeat criminals appears to prove law enforcement’s claims that bail reform laws and lax sentencing have created lawlessness on the city’s streets.

More than 500 suspects have been arrested three times in 2022 on robbery, burglary or shoplifting charges, police said at the news conference.

“What we’re seeing obviously is recidivism. But what we’re also seeing here is, less people incarcerated.”

Many law enforcement officials have complained about lenient bail laws that put suspects back on the streets instead of in jail as their cases make their way through the courts.

“The rising recidivism in New York City is up substantially from 2019. The data is clear and simple. Individuals that continue to get arrested multiple times continue and continue to commit these crimes.”

In an effort to control rising crime amid widespread condemnation from citizens and police, Mayor Eric Adams, a retired NYPD captain, has rolled out a new version of a highly successful unit tasked with getting guns out of criminals’ hands.

The NYPD’s revamped Neighborhood Safety Unit puts officers in 30 of the most troubled precincts. In the past, officers in the unit operated in plainclothes, helping them to blend in on the street. The new unit wears modified uniforms that clearly identify members as NYPD officers.

Unsurprisingly, the Neighborhood Safety Unit is arresting repeat offenders. Of the 135 arrests by the unit since deployment March 14, about 20% involve suspects with pending felony cases and 28% have previous felony convictions, according to the NYPD.

“We have to stop the flow of guns, but we also must do the jobs of getting the guns off the streets that’s on there now, and my anti-gun unit, they’re doing that.”

“Just a few weeks out, they removed over 20-something guns off the street. But here’s the interesting number — 70 percent of those who were carrying the guns had prior violent offenses.”

Of the unit’s 25 gun arrests, four were juveniles, five had open felony cases and seven had prior felony convictions, said Chief of Department Ken Corey. Of the total number of arrests, 91 had a prior arrest record, 57 have prior felony arrests and 21 were on parole or probation.

The NYPD is stepping up enforcement of quality-of-life crimes, called broken-windows policing, to help prevent the sense of disorder that some experts think allows violent crime to flourish, Adams said.

The report also notes a 28% increase in the number of violent crime arrests. In March of this year, police data shows 4,025 suspects were arrested, compared with 3,140 in March 2021. Commissioner Sewell said:

“People are concerned, and we completely understand that. We are deploying added resources and really trying to get these people off the streets.”