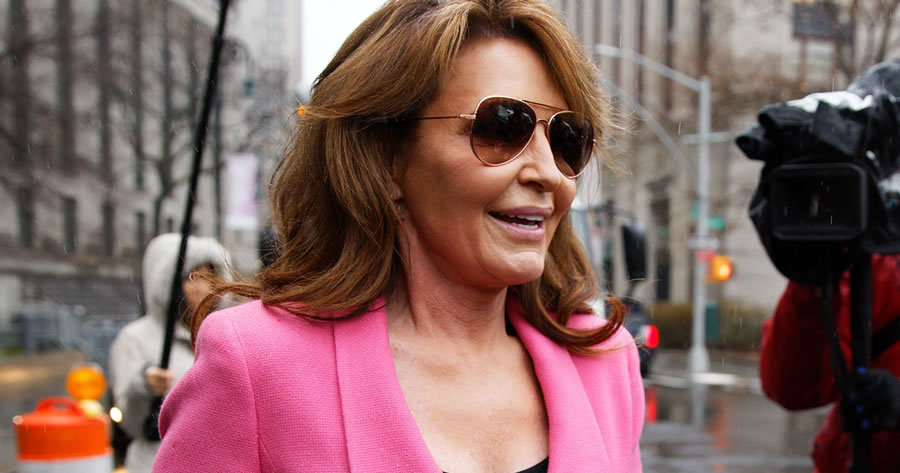 The emails were entered as evidence on the second day of the libel trial against the paper after a June 2017 editorial linked Palin’s political action committee to a mass shooting in Arizona that wounded former Arizona Rep. Gabby Giffords and killed six people in 2011.

Jesse Wegman, a member of the paper’s editorial board, wrote in an email that it appeared the Times tried to “sneak” in the link between Palin’s PAC and the shooting in the editorial.

The editorial, titled “America’s Lethal Politics,” suggested a map distributed by Palin’s PAC that featured stylized crosshairs over congressional districts, including Gifford’s, contributed to the shooting. The editorial was corrected hours after it was published.

The evening the opinion piece was published, James Bennet – the former editor of the editorial pages –  emailed editorial section journalist Elizabeth Williamson, who wrote the first draft of the piece, saying that he “really reworked this one,” documents revealed in court Friday showed, the Daily Mail reported.

Bennet is named as the sole defendant in the lawsuit.

Later that same night Wegman emailed Williamson telling her the article was “superb” and “finely tuned.”

“My anger about US gun culture is so intense that I can’t be calm,” he wrote to the Williamson.

She replied that the article was “mostly a James (Bennet) production.”

Later that night, Williamson received an email from a Times fact checker, who indicated that the paper had previously written about Palin’s PAC’s map in 2010, “months before” the mass shooting in Tucson. The fact checker’s note was apparently ignored.

Just before 11 p.m. after the editorial had been published Wegman emailed Williamson again, writing “The gun rights brigade is having a seizure over the Giffords – Loughner – Palin link.”