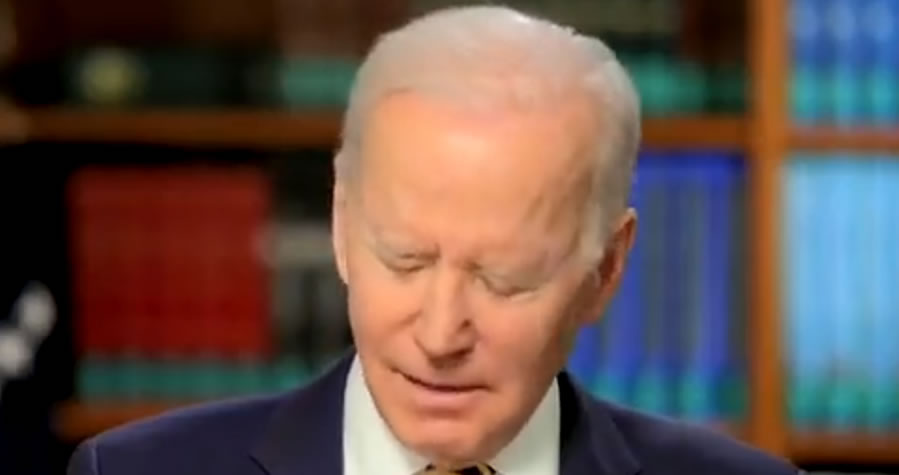 Democrats appear to be bracing themselves for damage control ahead of the midterm elections and recent comments from a former top adviser for President Barack Obama suggest the groundwork is being laid to transition away from flailing President Joe Biden before the 2024 election is compromised by one of his “major” problems.

With Biden’s approval rating trending ever-downward even corporate media appears to be losing their will to carry his water. The New York Times released a piece Saturday drawing attention to a growing fervor on the left that the president has moved beyond his usefulness and, whether merely perceived or an actual limiting factor, his age is increasingly becoming a detriment to moving the progressive agenda forward.

Democratic strategist and former Obama adviser David Axelrod presented that case, albeit empathetically, when speaking with the Times about Biden’s advanced age.

“The presidency is a monstrously taxing job, and the stark reality is the president would be closer to 90 than 80 at the end of a second term,” he said of the now 79-year-old Biden, “and that would be a major issue.”

The rest of Axelrod’s comments appeared to present the remainder of Biden’s administration as an attempt to preserve a legacy as he stated, “Biden doesn’t get the credit he deserves for steering the country through the worst of the pandemic, passing historic legislation, pulling the NATO alliance together against Russian aggression and restoring decency and decorum to the White House.”

“And part of the reason he doesn’t is performative,” the strategist went on, arguing the shots against Biden’s feeble demeanor and routine incoherent ramblings were unfounded. “He looks his age and isn’t as agile in front of a camera as he once was, and this has fed a narrative about competence that isn’t rooted in reality.”

Biden opens door to ending his presidency, reelection in 2024 factors in Trump and other considerations https://t.co/2G8buZP39E

In an interview just prior to Christmas, the president himself had conceded that his age would be a determining factor in attempting to continue on when he expressed, “Yes, but look, I’m a great respecter of fate. Fate has intervened in my life many, many times. If I’m in the health I’m in now – if I’m in good health – then, in fact, I would run again.”