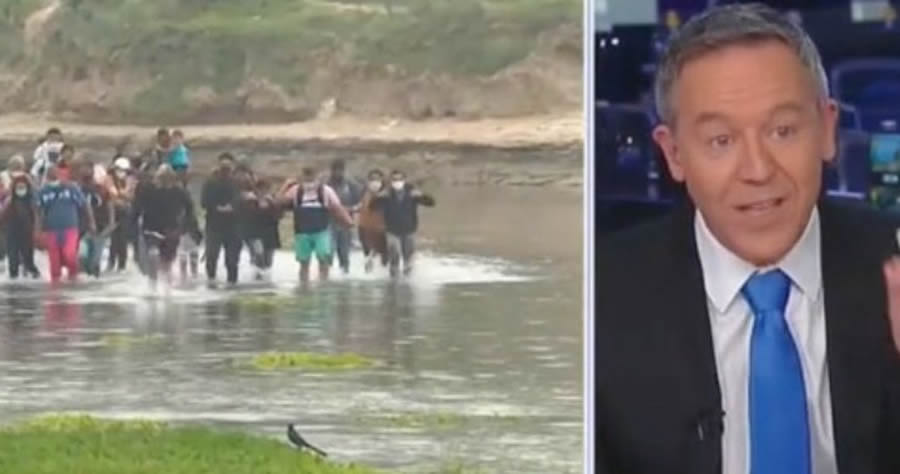 Gutfeld and co-host Jesse Watters challenged Williams over his assessment that President Joe Biden’s administration was doing a good job handling the situation at the U.S.-Mexico border.

Williams argued that the number of border crossings had been decreasing, along with the number of unaccompanied children in U.S. Border Patrol custody, and that Republicans were attempting to make it look like that wasn’t true by sharing selfies showing large numbers of people crossing the border.

“The number of children has decreased, Greg. It’s gone down. Oh, my gosh,” Williams protested.

“Are you accusing our producers of incompetence?” Gutfeld shot back as they talked over each other.

Co-host Jesse Watters weighed in, saying that border crossing numbers had been setting records for months rather than going down, as Williams had claimed.

“Also, Juan says this is normal. It is not normal for a parade of 50 people from Venezuela pouring across the Rio Grande river in broad daylight and then just turning themselves over to a Border Patrol agent just to game the asylum system,” Watters continued, adding that the number of children in federal custody had also increased dramatically in the last two months alone.

He went on to push back on Williams’ claim that Congress needed to act, noting that Democrats controlled both the House and the Senate but leadership in Congress had not moved to change immigration policy.

Gutfeld jumped back in, saying that he had gotten his numbers from pre-show research and that he trusted the show’s producers to give him the most accurate information possible.

“This is confidential data, Dana, which shows the number, you can laugh, I guess,” Gutfeld continued as Williams began to laugh. “Laughing about the migrant children in government custody, more than doubled in the past two months. You can laugh at this. I guess it’s funny to you. But anyway —”

“I said over the last month. If you don’t distort the numbers, I won’t have to —” Williams objected.