Oh, So That’s Who is Funding Flights for Illegal Immigrants 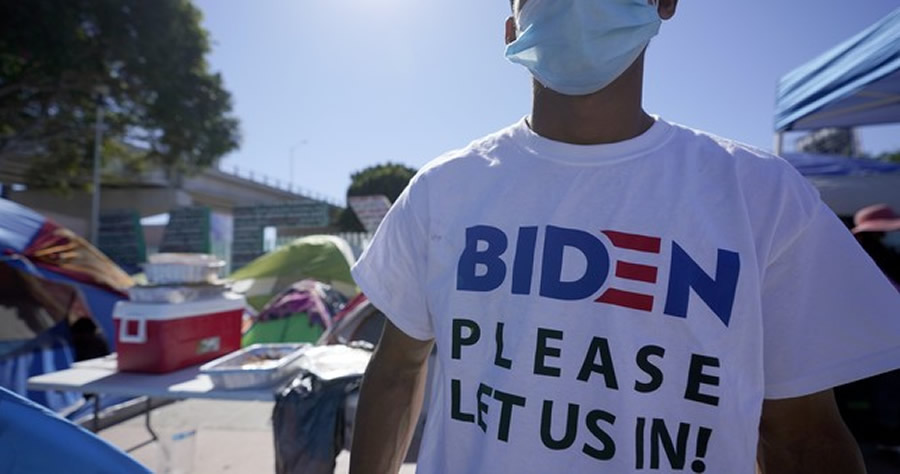 For months the Biden administration has been secretly flying thousands of illegal immigrants to states across the country.

Recent video from Fox News reveals the administration isn’t just transporting family units, but single male adults into the interior of the United States. The practice is a violation of Title 42 and federal immigration law.

“Large numbers of single adult illegal immigrants are being released and transported into the U.S. in Texas via a small, unmarked office in a parking lot” Fox News reports. “Fox News footage shows several federally contracted buses dropping off dozens of mostly male migrants at a parking garage in Brownsville, Texas. Black tarps were set up with a makeshift sign said ‘Border Patrol drop-off’ above it.”

“Fox witnessed men go into a small, unmarked office, then re-emerge moments later as multiple taxi cabs then showed up to collect the migrants — who were then shuttled off to nearby Harlingen Airport. There were no children or migrant families among the groups,” the report continues. “Several of the migrants told Fox that they had crossed illegally that morning, paying approximately $2,000 per person to cartel smugglers. They also said they were flying to destinations including Miami, Houston and Atlanta.”

NEW: We were on scene as ICE mass released another a large group of single adult male migrants at San Antonio airport this morning. A NGO escorted the men inside. It aired live on @FoxNews
People at the airport told us they’ve seen these mass ICE releases happening for months. pic.twitter.com/q4NtbbkIfs