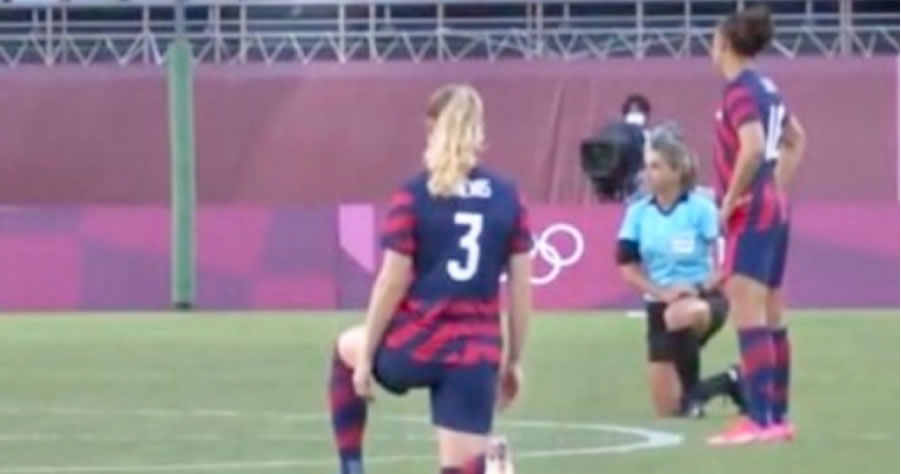 During the United States Women National Team’s Bronze medal game against Australia, all but one of the players kneeled before the game in a symbolic protest of alleged racism and discrimination, Business Insider reported.

Carli Lloyd was the sole female soccer player who did not kneel. Lloyd stood with her hands on her hips as the team’s 10 other players kneeled before the game on Thursday.

Several women’s soccer teams at the Tokyo Olympics have kneeled before the start of their games to engage in this protest as well.

This is not the first time Lloyd chose not to kneel with her teammates. Earlier this year, before a game against Colombia, Lloyd was seen standing for the national anthem. She explained after the match why she was one of the four players who chose not to kneel.

I think Carli Lloyd has spoken about why she doesn't want to kneel during the national anthem. But I'm curious if anyone has asked her why she chose not to take a knee for a minute before kickoff along with every other American player, staff member, and referee pic.twitter.com/aI1SAehJrN