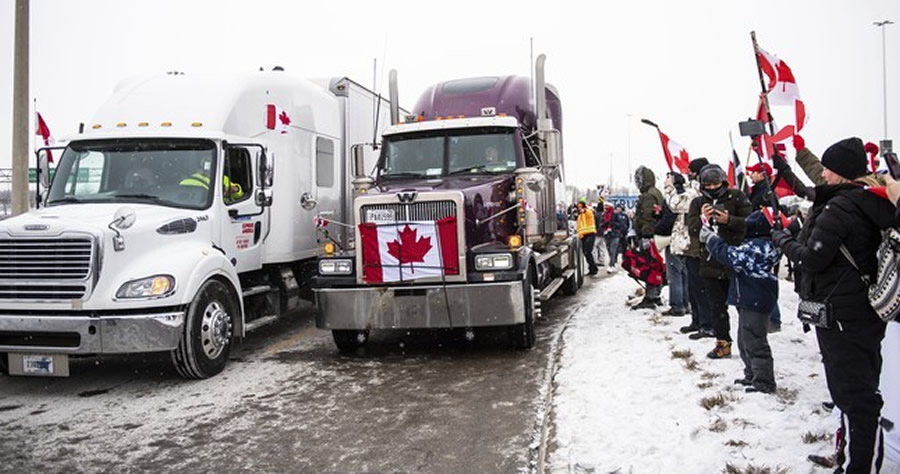 The coverage of how the Canadian government has treated the “Freedom Convoy” of truckers for protesting restrictions to do with the Wuhan coronavirus has been disquieting, especially since there’s another unpleasant update. Last week, after GoFundMe froze donations for Canadian truckers, GiveSendGo stepped in, though that too now appears to be in jeopardy. Reports came in on Thursday night that the Ontario Superior Court of Justice granted a request from the provincial government to freeze access to the donations. Such news led to “GiveSendGo” trending on Twitter.

According to CBC News:

A statement from Premier Doug Ford’s office on Thursday said Attorney General Doug Downey brought the application for the order, under Section 490.8 of the Criminal Code, to prohibit anyone from distributing donations made through the website’s “Freedom Convoy 2022” and “Adopt-a-Trucker” campaign pages.

Ivana Yelich, a spokesperson for the premier, said the order “binds any and all parties with possession or control over these donations.”

Ottawa Premier Doug Ford tweeted out on Thursday night that the truckers were “occupations,” which spokesperson Ivana Yelich retweeted.

I spoke with Prime Minister @JustinTrudeau this evening about the ongoing occupations in Ottawa and Windsor. We will continue working together to support our police forces as they manage these situations. We both agreed this must come to an end.