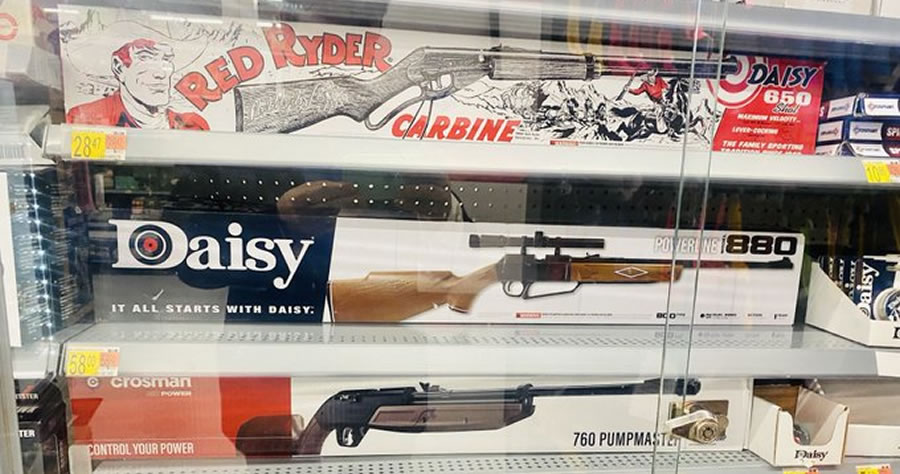 A British journalist faced a swift retaliation of mockery and ridicule after he tried to bash the United States for the supposed ease of gun and ammunition sales.
Pádraig Belton, a BBC reporter, tweeted on Tuesday that he couldn’t find an adapter for his laptop at a Walmart but that they were selling rifles and ammunition.

Twitter users immediately noted that Belton had posted photographs of BB guns, not real guns as he had posited and mocked him for the bizarre failed attempt to criticize U.S. gun policies.

Hi from America. Where Walmart doesn’t have a plug adapter for my UK laptop. But on the other hand, I can buy a rifle and ammunition. pic.twitter.com/5AOl232CZE

“First, those are BB guns Second, our guns are the reason we don’t bow to a queen,” read one popular response with more than 8k likes.

“I truly thought this was satire. OMG! how do they let you be a journalist? More importantly, how have you not seen the Christmas Story?!? It’s literally a toy,” said another critic.

“It must be genuinely frightening for you to live in a world where people don’t all look and act as you do—so do you rock yourself to bed or just cry in silence, @PadraigBelton?” said the Firearms Policy Coalition.

“Tell me you had a sad childhood AND never watched A Christmas Story in one tweet,” replied another critic.

The reporter did not respond to the thousands of replies.