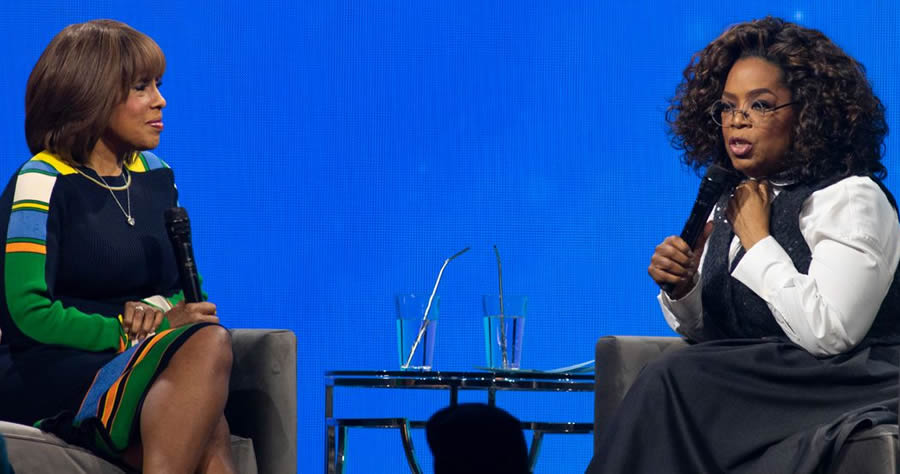 Famous author and television host Oprah Winfrey called out CBS News anchor Gayle King on Dec. 23 for allegedly failing to abide by Winfrey’s COVID-19 “policy” for guests at her home. Winfrey followed up Dec. 24 by posting a video with King at her residence.

Winfrey posted on Facebook that all visitors who come to her home must complete a four-step COVID-19 mitigation regime, including getting a vaccine, a booster shot and a negative COVID-19 test, and completing a 10-day quarantine. On Dec. 23, Winfrey said that King had not completed “The Policy,” though it’s unclear which portion of the policy she allegedly failed to uphold.

“Everyone who is spending Christmas at my house has to be vaccinated, boosted, tested, and quarantined,” Winfrey said. “Stedman [Winfrey’s husband] calls it ‘The Policy’ cause I’m that serious about it. This was release day for our bubble and we knew we had to throw a welcome celebration for Baby Luca, who none of us had met yet! We missed his grandma Gayle King but she’ll join us once she completes the policy!”

On Dec. 24, Winfrey posted a video with King at her house and a newly prepared monkey bread dish.

oprah said gayle couldn’t get her act together pic.twitter.com/hzYtQeUezp