Oregon Man Pulls Gun On Antifa Assaulters After Being Pepper-Sprayed, Cop Detains Him 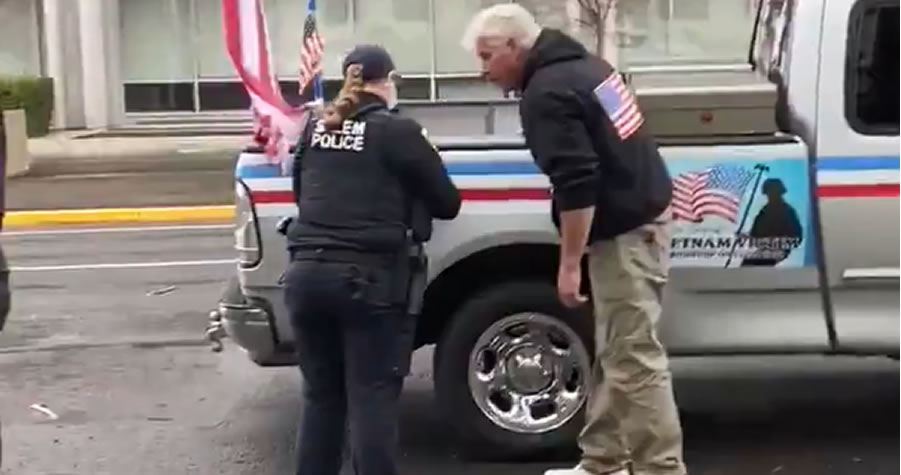 An Oregon man was arrested by a police officer for pulling a gun on Antifa demonstrators after they reportedly vandalized his truck during Sunday’s “Freedom Rally” in Salem.

The man pulled a gun on Antifa members after warning them repeatedly to “back away” from his truck. Antifa proceeded to smash a window on the truck and pepper-spray the man prior to him pulling a gun out, according to a video posted by journalist Andy Ngô.