‘Our Legal System is CORRUPT’: Clinton lawyer Michael Sussmann is ACQUITTED of lying to FBI 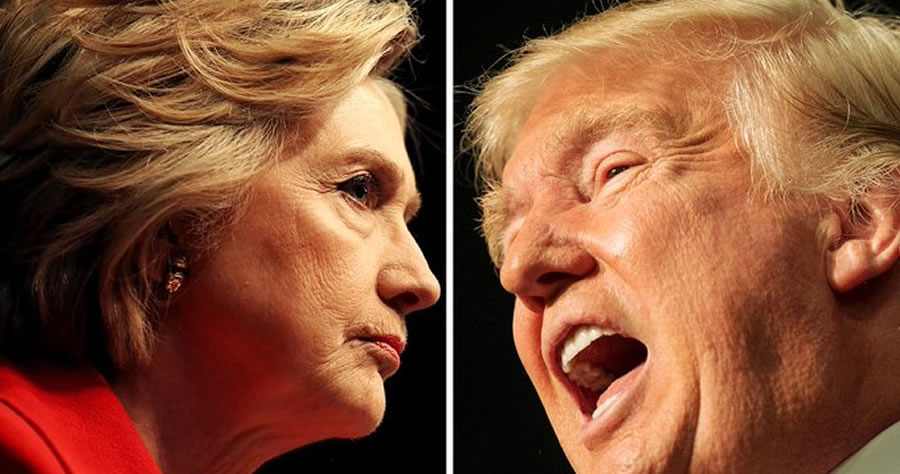 Former Hillary Clinton campaign attorney Michael Sussmann has been found not guilty of lying to the FBI in the first trial of Special Counsel John Durham’s investigation into what sparked the investigation of Donald Trump’s 2016 presidential campaign.

It’s one of just two indictments and one guilty plea in Durham’s three-year inquiry into the origins of Special Counsel Robert Mueller’s probe, spurred by allegations that Trump’s 2016 campaign got help from Russia.

After just six hours of deliberation, a jury rejected Durham’s claim that Sussmann lied to federal agents when sending them dirt on Trump’s alleged links to a bank backed by Moscow.

Trump slammed the verdict as the result of a ‘corrupt’ legal system.

‘Our Legal System is CORRUPT, our Judges (and Justices!) are highly partisan, compromised or just plain scared, our Borders are OPEN, our Elections are Rigged, inflation is RAMPANT, gas prices and food costs are “through the roof,” our Military “Leadership” is Woke, our Country is going to HELL, and Michael Sussmann is not guilty,’ the ex-president fumed on his social media app Truth Social.

‘How’s everything else doing? Enjoy your day!!!’

Sussmann said outside of the courthouse on Tuesday, ‘I told the truth to the FBI, and the jury clearly recognized that with their unanimous verdict today. I’m grateful to the members of the jury for their careful, thoughtful service.’

‘Despite being falsely accused, I’m relieved that justice ultimately prevailed in my case.’

He said the past year had been ‘difficult’ on him and his family.

‘But right now we are just grateful for the love and support of so many during this ordeal and i look forward to getting back tot he work I love,’ the attorney said. 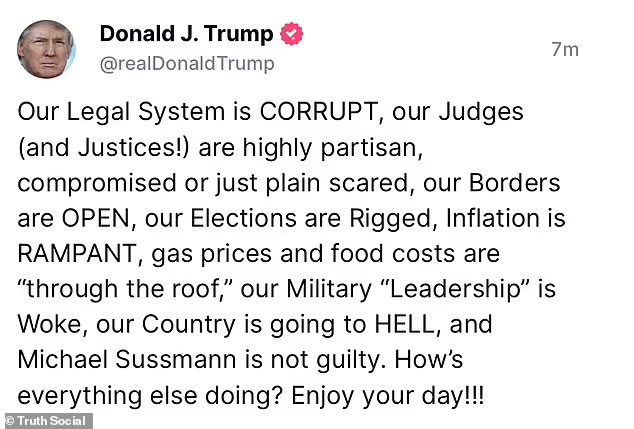 Durham said after the trial, ‘While we are disappointed in the outcome, we respect the jury’s decision & thank them for their service.’

Prosecutors claimed that Sussmann misrepresented himself to former FBI General Counsel Jim Baker when he asked for a meeting in 2016, where he then presented purported evidence connecting the Trump Organization and a top Russian bank.

Durham claimed the attorney posed himself as a concerned citizen when in reality he was working on behalf of Hillary Clinton and a tech executive named Rodney Joffe.