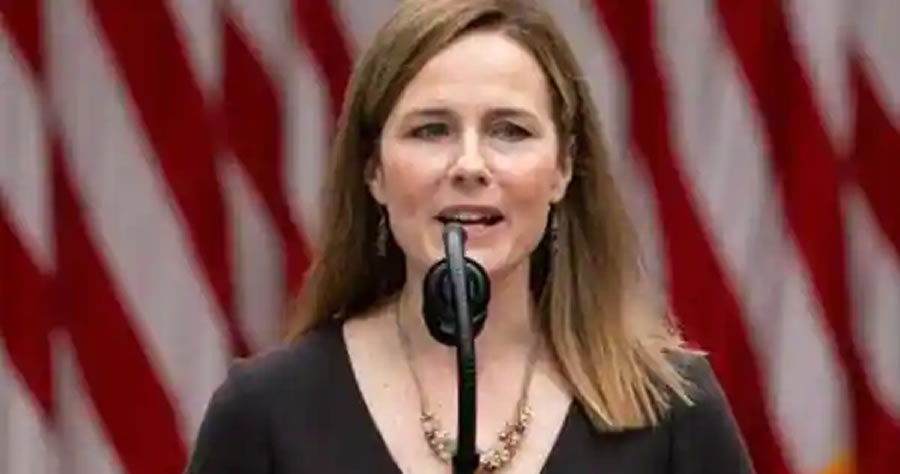 Many on the right raged against former President Donald Trump’s last appointment to the Supreme Court after a decision was handed down tacitly endorsing vaccine mandates.

Justice Amy Coney Barrett has jurisdiction over the appeals court where a group of students sued to block a vaccine mandate at Indiana University.

On Thursday, Barrett denied the request to be taken up by the Supreme Court.

She offered no reasoning for denying the request and acted alone. The decision was seen as a sign that court might uphold challenges to other vaccinate mandates in the future.

The university had ordered students to get vaccinated ahead of the fall session on Aug. 23. Students are also allowed to be tested weekly until they can get vaccinated.

Lower courts had ruled against the students based on a 1905 Supreme Court decision that allowed states to mandate vaccines to combat smallpox.

Barrett was lambasted on social media by many who called the decision a betrayal.

“I think Justice Amy Coney Barrett just spit in Republicans faces & basically said wear your mask, get your vaccine, and shut the f**k up about it,” said one critic identifying herself as a Trump supporter.

“Forced vaccination on students went from a conspiracy theory to a reality. Amy Coney Barrett should be ashamed of herself. Forcing kids to get a new coronavirus jab? Beyond evil,” said another critic.

“Amy Coney Barrett continues to show she never deserved the job in the first place. What a waste of a Supreme Court appointee,” replied another.

“Amy Coney Barrett is a coward and traitor,” responded another social media user.

When your cornerback flubs an easy third and 12 play while putting his hands to the face and the wide receiver gets a free first down pic.twitter.com/q0eEWpNCBx

Amy Coney Barrett is a coward and traitor.