Owner of a Gelato Shop Has Life Threatened, Has to Shut Down Business for Donating Truckers 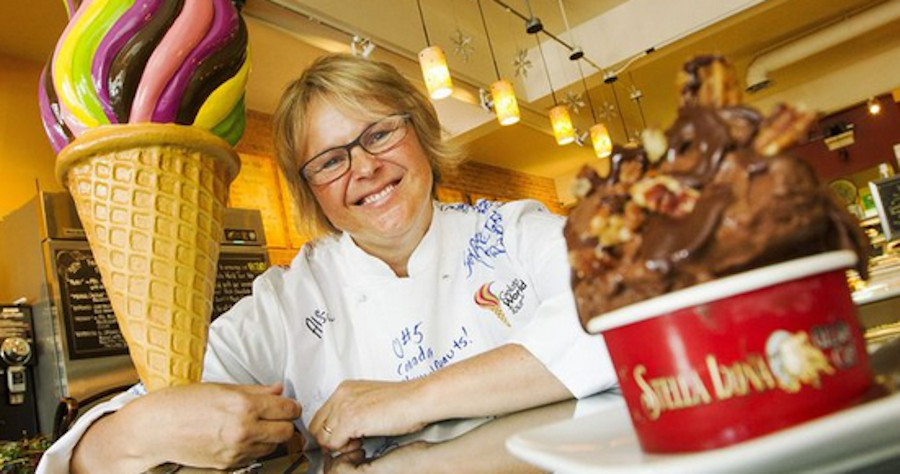 Tammy Giuliani, owner of Stella Luna Gelato Café in Ottawa, Canada, was forced to shut down her business after an onslaught of threats was made because of her donation to the Ottawa trucker convoy protesting against coronavirus restrictions.

Giuliani donated $250 to the Freedom Convoy via fundraising platform GiveSendGo. After the site suffered a data breach, Giuliani’s contribution was made public, and her restaurant began to receive phone calls threatening vandalism and violence.

The Canadian trucker convoy has made headlines for weeks as the truckers protests against COVID-19 vaccine mandates in the capital of Ottawa. Truckers have parked in populated areas of Ottawa and are honking their horns incessantly.

Giuliani was enthusiastic in her support for the convoy, writing on the now-leaked GiveSendGo message, “Now I’m giving you $250 and taking food down to the truckers every day. Thank you for continuing to fight for Canadians across this country.”

After reading this story, I’m donating $250 to the truckershttps://t.co/UFW8x77Mde

The owner of the Stella Luna Gelato Cafe in Ottawa speaks out after she got mobbed and was forced to close for supporting the Freedom Convoy. pic.twitter.com/oNwxHOvvgy

However, Giuliani walked back her support in her interview with the Ottawa Citizen, saying that the convoy has morphed into something she no longer supports.

“When a group of people first decided they were going to travel across the country to spread this message of solidarity, it seemed like a beacon of hope for small businesses like us,” Giuliani told the Citizen. “It’s no surprise that small businesses have been on the edge. Families are at risk of losing their livelihood. I’m a sucker for a grassroots cause.”

“Never in our wildest dreams did we anticipate what has transpired over the past couple of weeks,” she said. “None of us anticipated what it turned into and we certainly don’t condone it.

The Justice Centre for Constitutional Freedoms, a legal nonpartisan charity, announced the creation of “a network of defense lawyers to assist any Canadian truckers peacefully protesting for freedom from coronavirus restrictions and vaccine mandates.”

“Anyone who may be facing arrest, the confiscation of property or has criminal law related questions in relation to the Ottawa Freedom Convoy protest can speak to a lawyer at no charge,” the Centre wrote in a statement to Fox News.