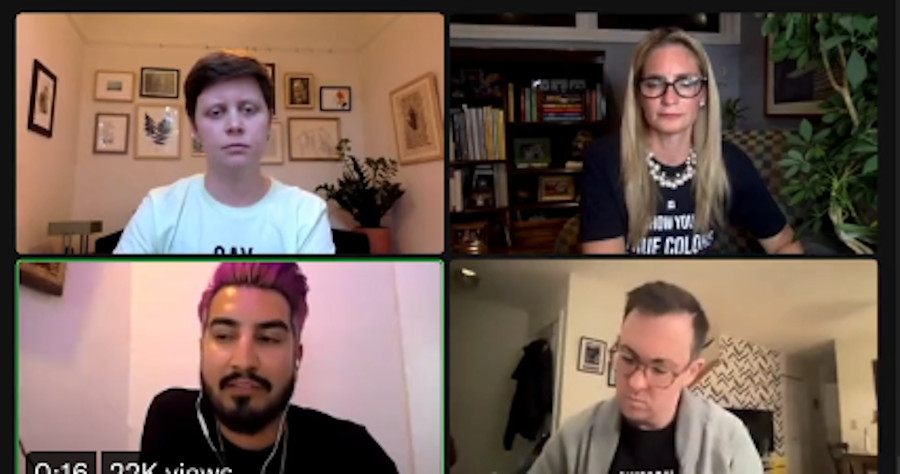 During a virtual panel for elementary school educators entitled “Creating and Sustaining GSAs in Elementary Schools,” one educator discussed his school’s confidential “rainbow club” that parents don’t need to be told about.

GSA, standing for “Gender and Sexuality”, is not an appropriate topic for elementary school-aged kids, and it is sickening that people are working so hard to create/keep clubs that allow adults to discuss these things with children.

One of the attendees is captured in a clip speaking about his school’s “rainbow club” that they keep confidential. “We have this clause where anybody who comes to rainbow club it’s… it’s not like it’s a secret, but it’s just something we keep within the club itself.” (otherwise known as a secret…)

A message in the chatbox for the virtual panel also explains that, while parents are informed of the club’s existence, their young children do not need permission from their parents to participate. “We definitely don’t use permission slips so that students can attend confidentially,” wrote one of the attendees. “If they don’t need a permission slip to play hopscotch at recess they don’t need it to go to the rainbow club.”

Additionally, if a child is feeling confused about their sexuality, it is not up to the teachers to keep this a secret. Parents have more right than anyone to give guidance and support to their children, and it’s ridiculous that teachers are making such an effort to hide this.

These radical Leftists will make any excuse to talk to children about sexuality. If they are so anxious to talk about sexuality to someone, maybe they should talk to their therapist instead. A school classroom is absolutely not the place to make yourself feel validated as a grown adult.

“Anybody who comes to rainbow club it’s… it’s not like a secret, but it’s just something we keep within the club itself.”