Parents’ anger boils over, arrests made after School Board silences public comments in explosive meeting 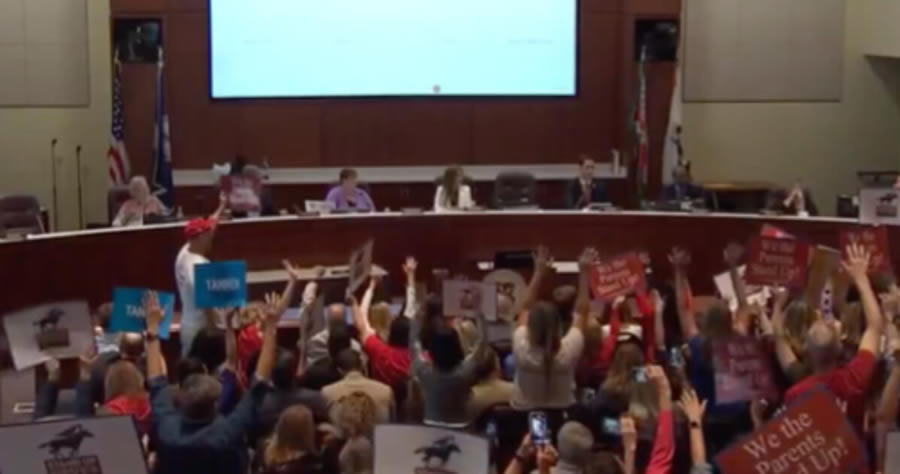 Virginia’s Loudoun County School Board is in hot water after a board meeting on transgender policy, where 259 residents signed up to speak, ended in the arrest of two men.

The meeting on the hot button issue and Policy 8040 sparked serious debate, leading to the board’s decision to cut off public comment. One person was charged with disorderly conduct and resisting arrest while another was charged with trespassing according to the Loudoun County Sheriff’s Office.

The school district wants to implement new policies that would update the rights of transgender students, allowing them to use whatever bathroom or play on sports teams that correlate with their gender identity, and it would require district employees and students to use students’ preferred names and pronouns.

The public comment portion of the meeting began with six speakers who voiced support for the measure. Things soon went south when the mother of a transgender student in the district dug into Christian parents who are against the measure saying that “hate” was “dripping from the followers of Jesus in this room”.

Loudoun County School Board— at the center of controversy surrounding CRT— just silenced parents delivering scathing speeches against them by suddenly ending the public comment portion of the meeting set to continue for hours.