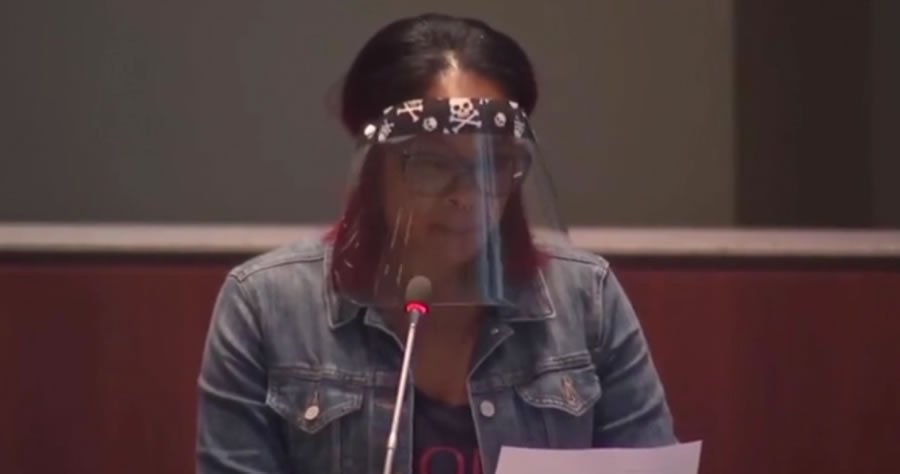 Parents in America’s wealthiest suburb have released attack ads to oust the Virginia school district board after they pledged to push Critical Race Theory onto their children, and one has slammed it as a ‘Nazi tactic which is racist and abusive’.

Loudon County in Virginia has now become ‘ground zero’ in the national debate about incorporating critical race theory into the curriculum.

On Monday, ‘Fight for Our Schools’ – a group made up of dozens of parents from the wealthy enclave, where the median household income is $142,29 – released the attack ad on Twitter, accusing the school board of ‘infecting our schools with critical race theory.’

Critical Race Theory (CRT) asserts that ‘institutions are inherently racist and that race itself… is a socially constructed concept that is used by white people to further their economic and political interests at the expense of people of color’, according to Texas A&M University professor Tommy Curry.

Numerous public and private schools across the US have recently opted to incorporate CRT into their teachings, but the decision has sparked fierce debate.

While Loudoun County Public Schools have not officially using CRT in their classrooms, they have pledged to push for ‘equity’ and have begun using many CRT ‘buzzwords and concepts’.

At a fiery school board meeting on Tuesday night, several parents blasted the board members, including a black mother who said that the idea of CRT is ‘racist, abusive and discriminates against one’s color’.

‘CRT is not an honest dialogue. It was a tactic used by Hitler and the Ku Klux Klan on slavery very many years ago to dumb down my ancestors so we could not think for ourselves,’ she said.

Another parent also slammed the members and the ‘Facebook mob which has made Loudoun County the ground zero in the national flight against critical race theory’.

Numerous public and private schools across the US have recently opted to incorporate CRT into their teachings, but the decision has sparked fierce debate.