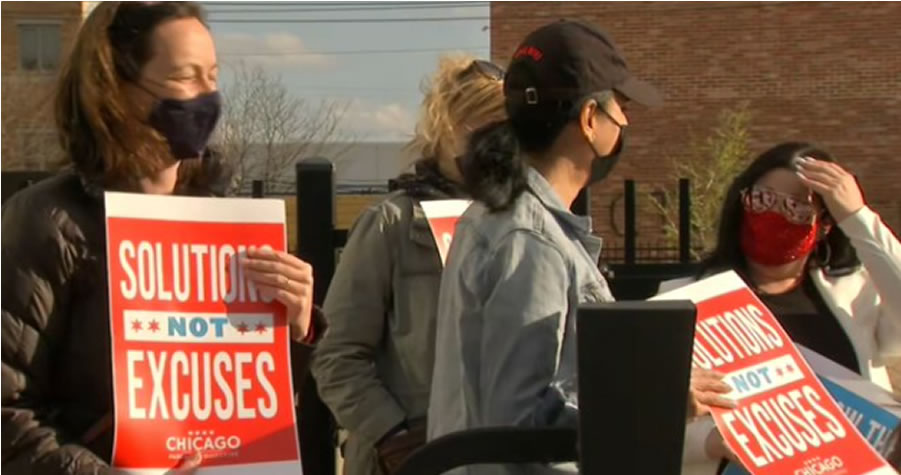 Parents in Chicago protested outside the Chicago Teachers Union’s (CTU) headquarters Tuesday to demand the union not continue delaying the reopening of classrooms for high school students, ABC 7 reported.

The parents’ group said they were “disheartened” by the suffering that teenage students have endured after not being in classrooms for roughly a year, according to ABC 7.

“As parents, we are disheartened, seeing the pain that this is causing our young adults, who have had the hopes of returning to in person learning threatened again,” the group reportedly said in a statement.

Although Chicago Public Schools (CPS) and CTU agreed on April 19 as the date for teachers to return to in-person instruction, CTU has had other demands for the school. CTU President Jesse Sharkey said the school first needs to agree to a plan to vaccinate high school students, according to ABC 7.