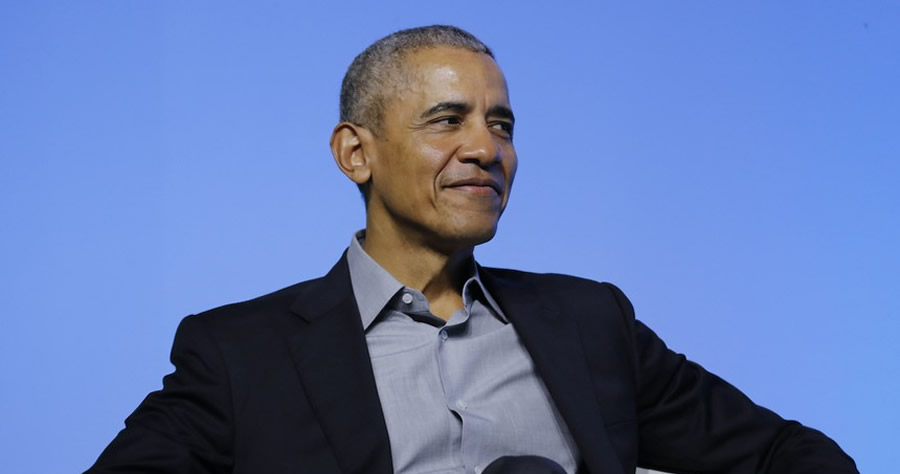 “We don’t have time to be wasting on these phony trumped-up culture wars, this fake outrage that right-wing media peddles to juice their ratings,” the tone-deaf former president rambled Saturday. “Instead of stoking anger aimed at school boards and administrators, who are just trying to keep our kids safe…. [W]e should be making it easier for teachers and schools to give our kids the world-class education they deserve, and to do so safely while they are in the classrooms.”

Former President @BarackObama: “We don’t have time to be wasted on these phony trumped-up culture wars, this fake outrage, the right-wing media’s pedals to juice their ratings.” pic.twitter.com/bmMnet8q5X

Typical Obama — condescending, disdainful and dismissive of anyone or anything that threatens Democrats’ power.

Parents and the public weren’t having any of it.

“That is the most tone-deaf statement I have ever heard,” Brandon Michon, a frustrated father of three in Loudoun County, Virginia, told Fox News on Sunday. “First and foremost, everything that has come up with the cover-up in Loudoun County has to do with a sexual assault on girls. To say that this is trumped-up as a political thing is laughable.” [….]

“Any parent, regardless of our political views – Republican, Democrat, Independent – wants our kids to go to school and be safe,” Michon told Fox News. “People are upset because Loudoun County covered up that they knew about sexual assaults and the question is, what else do we not know about?”

“It doesn’t feel like it’s culture war or fake outrage,” he added.

“Obama is clearly clueless or intentionally misleading the crowd,” Laura Zorc, director of education reform at Building Education for Students Together (BEST), told Fox News in an interview on Sunday. [….]

“Parents are fed up with politics being forced down the throats of our kids,” Zorc added. “Parental rights is on the ballot in Virginia. This is not a Republican or a Democrat issue – it’s a parents issue.”

“Parents are craving leadership that will protect them from the wokism,” she added. “Youngkin is clearly the only candidate willing to fight for parents. Obama peddling this nonsense shows he is in denial that anything is wrong.”

If we had an actual media rather than a group of left-wing propagandists you’d hear this part of the story but you likely won’t. https://t.co/EiDBlIZGdV

So much for “phony culture wars” https://t.co/taeR8wg0xk

“The sun is clearly setting on @TerryMcAuliffe‘s 43-year political career and we’re all watching it.” 🔥🔥🔥#WinWithGlenn #VAGov pic.twitter.com/24IDtXDuqn