Party Snub? Have Harry And Meghan Fallen Out With The Obamas? 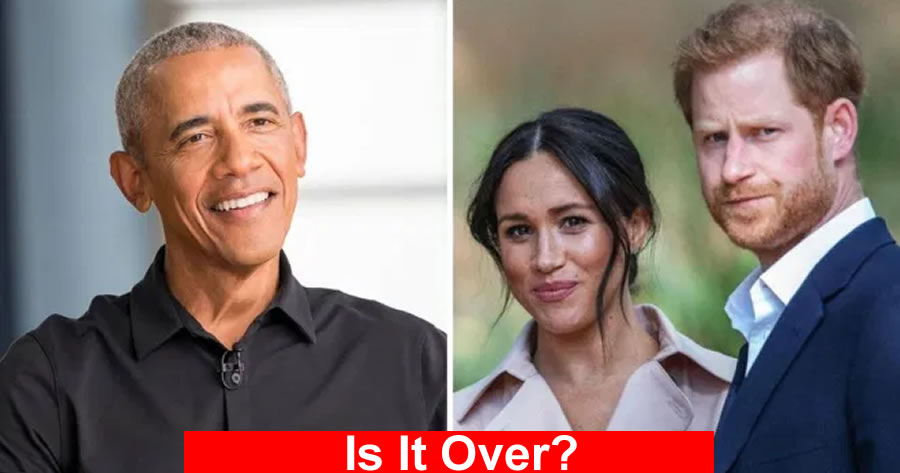 As hundreds of A-listers gathered to celebrate the former President’s 60th birthday, one celebrity couple were conspicuous by their absence.

The Secret Service had set up a no fly zone to ensure total privacy as hundreds of A-listers descended on Martha’s Vineyard for the post-pandemic party of the year.

Revellers at Barack Obama’s 60th birthday celebrations on Saturday night were treated to hand-mixed martinis, gourmet cuisine and live entertainment at the former US President’s £12 million Massachusetts mansion. Guests including Jay-Z and Beyoncé, Tom Hanks, Stephen Spielberg and George Clooney flew in for the exclusive bash, which featured specially branded napkins and face masks, and tongue-in-cheek backstage passes for the assembled VIPs.

Yet as hundreds of America’s most high-profile Democrat supporting stars gathered to see Obama and his wife Michelle, 57, hit the dancefloor, one celebrity couple was conspicuous by their absence.

Ordinarily, you might have expected the Duke and Duchess of Sussex to be front and centre of any guest list drawn up by the Obamas.

The former President and First Lady have a longstanding relationship with Harry, 36, after they bonded over the Prince’s hugely successful Invictus Games initiative. They famously starred in a video montage with Harry and the Queen to promote the 2016 competition, and the Duke subsequently interviewed the former commander-in-chief on Radio 4. When Michelle gave a talk at London’s Southbank Centre in December 2018, Meghan made a point of attending – and the two women were said to have had a long “power meeting” backstage, during which they discussed their shared passion for girls’ education.

Keep reading at The Telegraph