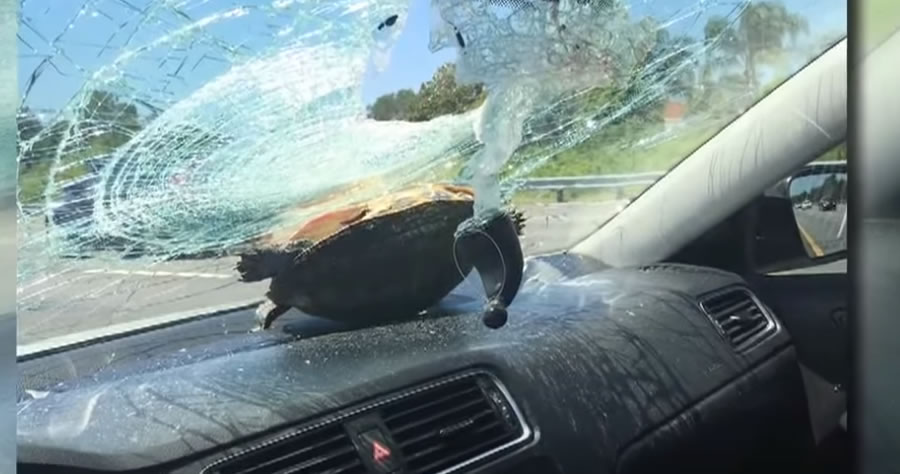 It’s not unusual for rocks and other debris to crash through a windshield and injure a driver or passenger — but a turtle?

A 71-year-old woman riding with her daughter on Florida’s Interstate 95 suffered a gashed forehead Wednesday when a turtle smashed through the windshield of their car, striking her, the Daytona Beach News-Journal reports.

The daughter pulled over and got help from another motorist. According to a 911 recording, both were surprised by what they found.