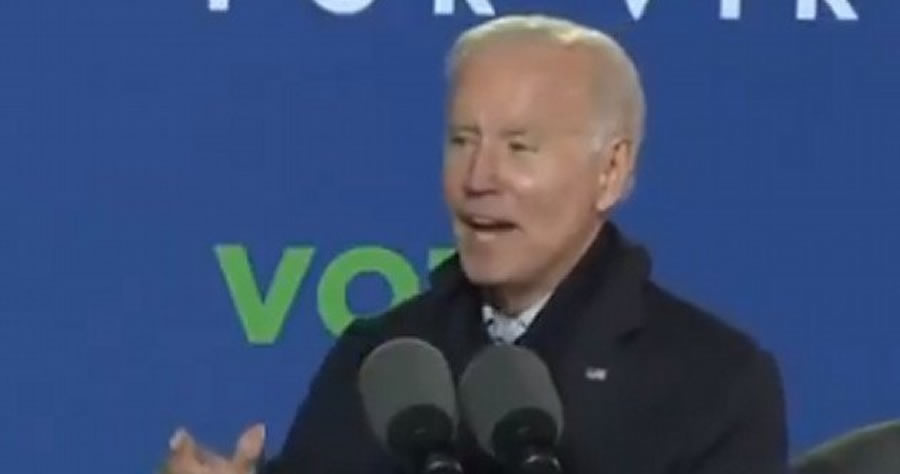 While Biden was campaigning in Virginia for Terry McAuliffe, he mentioned Trump’s name no less than 24 times.

What Biden doesn’t seem to realize is that this makes him look weak, not Trump.

Biden mentioned Trump by name 24 times during a brisk, 17-minute speech in a park near the Pentagon in northern Virginia, attempting to use his predecessor’s legacy to bash Republican Glenn Youngkin, who is tied with McAuliffe in polls in a state Biden won by 10 points just a year ago.

Trump has neither campaigned for Youngkin nor made an endorsement in the race.

“I ran against Donald Trump. Terry is running against an acolyte of Donald Trump,” Biden said, slamming the ex-president and accusing him of inciting the Jan. 6 Capitol riot, as well as for disparaging former Secretary of State Colin Powell and Sen. John McCain (R-Ariz.) after they died.