Pelosi Caves To Far-Left ‘Squad’: ‘They hate Israel so much that Dems are stripping $1 BILLION in funding for Iron Dome’ 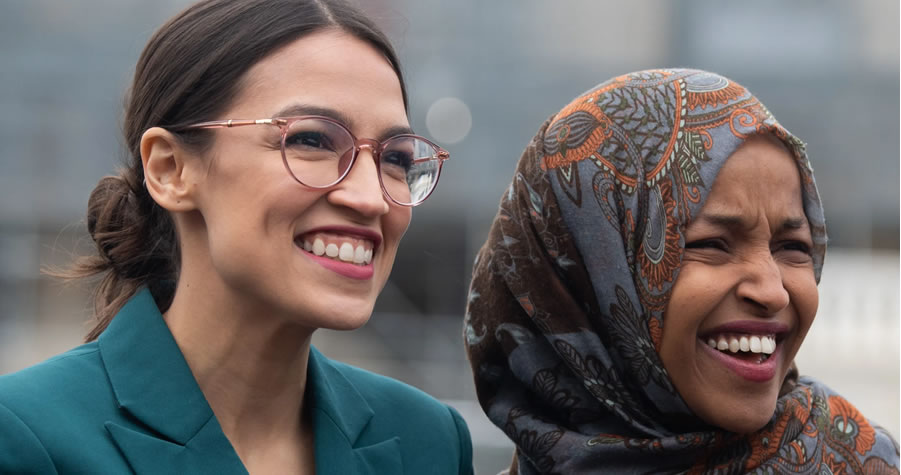 According to reports, House Democrats have removed a provision to provide Israel with $1 billion for its Iron Dome defense system from the ongoing resolution to avoid a government shutdown beyond September 30.

The legislative block is reportedly being spearheaded by Representatives Alexandria Ocasio-Cortez (D-NY), Ilhan Omar (D-MN) and Rashida Tlaib (D-MI), members of the so-called “Squad.”
“[House Democrats’] funding bill hit a last-minute snag after a group of House progressives revolted over the funding it would’ve provided for the Pentagon to help replenish Israel’s Iron Dome missile defense system,” reported Politico. “Democratic leaders stripped that provision from the measure just minutes before a procedural vote after pushback from their left flank.”

Politico added that, according to an Appropriations Committee spokesperson, the Iron Dome funding will instead be included in the annual defense bill.

According to the Daily Mail, those who opposed the funding for the defensive Iron Dome system “includes progressive Democrats who signed a resolution in May aimed at blocking a $735 weapons sale to Israel during deadly violence between Israel and Hamas.”

They hate Israel so much that Dems are stripping $1 BILLION in funding for Iron Dome—a purely defensive system that protects countless innocent civilians from Hamas rockets.

Will any Dems have the courage to denounce? https://t.co/2TzLw7uR96

While Dems capitulate to the antisemitic influence of their radical members, Republicans will always stand with Israel.

Why did the Democrats just strip out funding to support Israel's Iron Dome?

Because the Iron Dome works.

For Ilhan Omar and the left, saving Israeli lives from terror attacks is unacceptable.

🚨🚨 Some House Democrats hate Israel so much that they're refusing to pass their own spending bill if it includes funding for the Iron Dome—which protects our ally from terrorists.

This is how radical they’ve become.