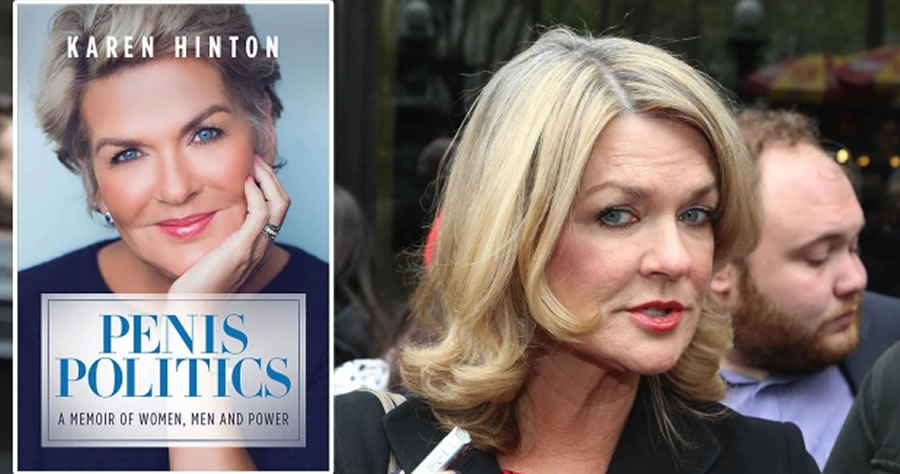 It seems the word “penis” is taboo for the censoring staff at Facebook.

Hinton’s publisher had planned on launching an ad campaign on Facebook today — but the ads were rejected by stiffs at the social media giant.

Yet while banning Hinton’s book about sexual harassment, Facebook has been criticized for promoting misogynistic content and violence toward women.

“Facebook should be ashamed. My book is about toxic power relationships in schools, the media and politics. It’s not about sex.”

Her memoir, out on Dec. 1, is about “the toxic brew of ego, entitlement, and bro-culture” in politics. It follows her op-ed coining the term “penis politics” to describe how powerful men assert control over women in a subordinate position.

Hinton, who worked with disgraced governor Cuomo when he was at the US Department of Housing and Urban Development, has previously publicly accused him of bullying and “inappropriately” hugging her two decades ago.

Hinton continued to Page Six, “Facebook’s actions are not surprising. The company has a documented history of promoting misogynistic content and sexual violence against women. Yet they are afraid of the word ‘penis’ in a book about sexual harassment.

“Facebook also employs a double standard which is mind-boggling in 2021. Facebook features pages and pages about the highly acclaimed play, ‘Vagina Monologues.’

“They embrace ‘vagina’ but appear to be scared off by a little ‘penis.’ The advertising campaign on Facebook for my book was supposed to start today.

“I am calling on Facebook to reverse this decision and stand for free speech, not banning books.”