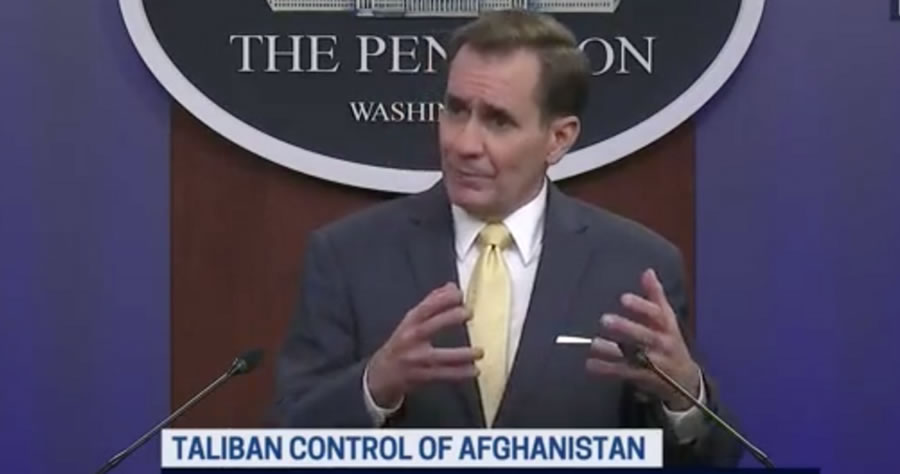 Spokesman John Kirby told reporters Monday that the Pentagon is “not in a position to dispute” reports of civilian casualties in Kabul following a U.S. airstrike.

A U.S. drone strike attempting to target the Islamic State reportedly killed 10 civilians Sunday, according to family members who spoke to The Washington Post. Multiple young children reportedly died as a result of the airstrike, which U.S. Central Command said took out a car bomb that was an immediate threat to the Kabul airport.

Amid the reports of civilian casualties, U.S. Central Command admitted Sunday evening that “it is unclear what may have happened” and that “any potential loss of innocent life” would be “deeply” sad. On Monday, Kirby appeared equally unclear on what happened when he was asked if the Pentagon has “any indications that those reports [of civilian casualties] may be accurate.”

“We are not in a position to dispute it right now,” Kirby said. “We’re assessing and we’re investigating. Look, make no mistake, no military on the face of the earth works harder to avoid civilian casualties than the United State military, and nobody wants to see innocent life taken. We take it very, very seriously and when we know that we have caused innocent life to be lost in the conduct of our operations, we’re transparent about it.”