‘She’s a Fraud’: ‘Stacey Abrams Will Never Be Governor of Georgia’ 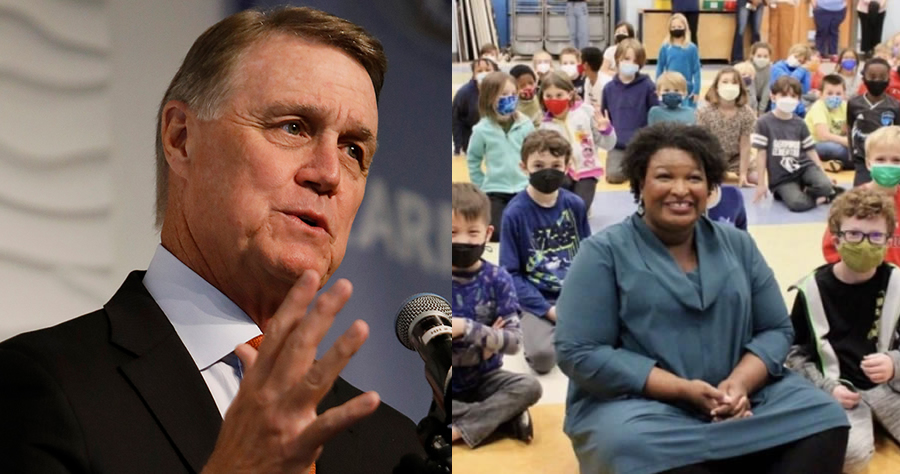 Former Sen. David Perdue, a GOP gubernatorial candidate in Georgia, on Sunday declared that “Stacey Abrams will never be governor of Georgia.”

Perdue told Fox News Network’s “Sunday Morning Futures” that Abrams was a “fraud.” He argued the Democratic gubernatorial candidate “lied” about voter suppression in Georgia’s 2018 race for governor, which she has yet to concede to Gov. Brian Kemp (R).

“Stacey Abrams will never be governor of Georgia — for one reason: she’s a fraud,” Perdue declared. “What she has done is materialized a lie over the last three years of voter suppression in Georgia, and she can never be governor.”

“She didn’t even go to the meeting with Joe Biden,” he continued. “When he came down there to talk about our ‘racist’ voter suppression laws, she wouldn’t even stand on the podium with him when he came to Georgia. And now we see him considering her sister for the Supreme Court. I mean, this is as corrupt as it gets, Maria.”

Perdue went on to say that President Joe Biden considering Abrams’ sister, Georgia Federal Judge Leslie Abrams Gardner, for the U.S. Supreme Court was “nothing but payback for all the help that Stacey Abrams gave Joe Biden in 2020.”